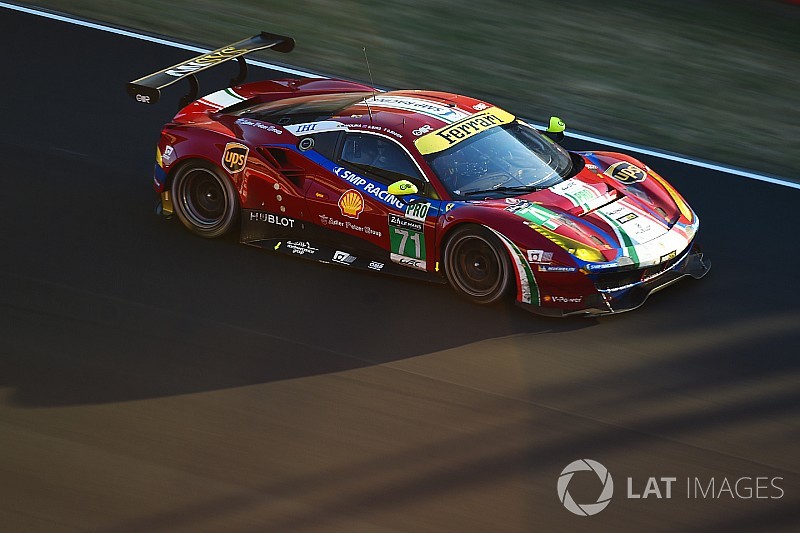 Toni Vilander will step in for Formula E-bound Sam Bird in the Nurburgring 6 Hours, Ferrari has confirmed.

Bird, who twins a Ferrari AF Corse works programme in the WEC with a campaign with DS Virgin in Formula E, is skipping Nurburgring to race in the New York FE double-header.

As such, his WEC teammate Davide Rigon will instead be partnered by 36-year-old Finn Vilander in the #71 Ferrari in the six-hour race at the German venue.

Vilander, a two-time winner of the Le Mans 24 Hours in the GTE Pro class with Ferrari, represented the Italian manufacturer in WEC full-time between 2013 and 2015, taking the class title in 2014.

He has raced primarily in IMSA since 2016, for Ferrari team Rizi Competizione, and has also driven for the outfit at Le Mans for the past two years.

His crew finished second in class in the 24-hour race last year but didn't make the chequered flag in the 2017 race, after teammate Pierre Kaffer was taken out by an LMP2 car.

“I’m happy to be able to return to the FIA WEC with the 488 GTE of the AF Corse team,” Vilander stated, “This is my chance to cancel the disappointment of the 24 Hours of Le Mans as soon as possible.

“Car number 71 is in the top places of the championship standings, and I will give all I have to achieve the best possible result at Nurburgring, to help Ferrari in the manufacturers’ championship and Davide Rigon in the drivers’ ranking.”

Rigon and Bird are currently joint-third in the GT drivers' standings, while Ferrari is a close second to Ford in the manufacturers' race.