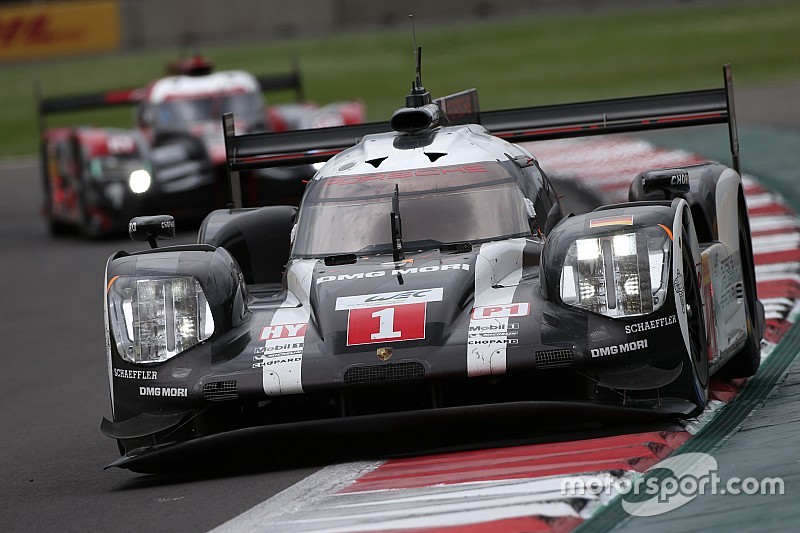 His car, which he shares with Brendon Hartley and Timo Bernhard, won by just over a minute after six hours of racing at the Autodromo Hermanos Rodriguez.

However, Audi’s Andre Lotterer drove some stunning stints over the course of the race and was, at times, lapping 5s quicker on better-suited tyres than the Porsches until he went off into the wall due to a braking issue.

“After Brendon did a brilliant opening stint, obviously it was a pretty tight race with the Audis,” said Webber.

“I managed to pass Lucas [di Grassi in the #8 Audi], he was caught up with some traffic with a spinning car. He had to go the long way around, I took the short way.

“I got in front and then at that point the #8 was pretty strong and I had to be very concentrated to keep him out as long as we did.

“It worked out well and I had to keep our pace alive. He got me on the in-lap but they I still followed him on the pit entry so we didn’t lose much.”

With the #8 Audi crashing out with a wheel bearing failure, Lotterer's #7 came back into contention for the win during the middle phase of the race when it rained and then dried.

“It was a really interesting race,” said Webber. “The conditions were playing a part and I think we were lucky it didn’t get sunny because the Audis were strong when it got hot.

“It didn’t rain heavy enough because they have been a little quicker in the wet. We thoroughly deserved the win today on the #1 car. Andre drove awesomely in the #7 but it was a hard race with very tricky conditions.

“Brendon was on fire, Timo had a tricky stint at the end, and I am bloody rapt.”