The FIA World Endurance Championship has no concerns that the opening round of this year's series at Sebring in March will have to be postponed or cancelled.

WEC boss Frederic Lequien is confident the 1000-mile fixture in Florida set for 18 March, the day before the Sebring 12 Hours IMSA WeatherTech SportsCar Championship round, will take place for the first time since 2019.

His expression of confidence comes despite a surge in COVID-19 cases in Florida since December.

"There is no reason to panic: we are confident that Sebring will go ahead," said Lequien.

"We have no specific warnings, only some small delays in transportation - which is the same all over the world - but nothing that can put the Sebring event in danger."

Lequien contrasted the situation to this time last year when the WEC was forced to abandon the Sebring 1000 Miles for the second consecutive year.

"One year ago, it was easy to take a decision because with the US border closed it was almost impossible to go there: now we have the green light," he explained, referring to the full opening of USA borders in November.

"Compared with last year there is no reason to be worried, except if the US government decides in one month that everything is closed." 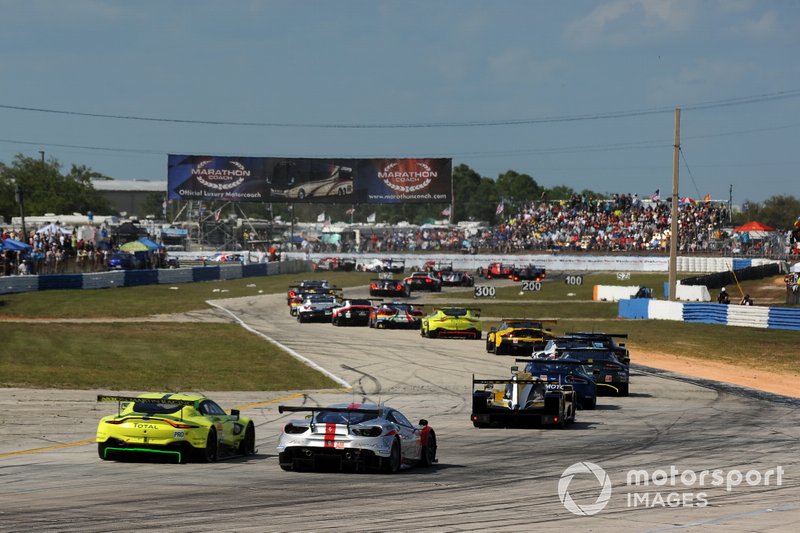 Lequien's comments come after the release of the 2022 WEC entry list on Wednesday, which will be followed by the departure of the teams' cars and equipment to the USA by sea freight early next week.

The inaugural Sebring 1000 Miles took place in March 2019 and the second edition was scheduled as the sixth round of the 2019/20 series, only to be cancelled a week in advance of the event as the COVID pandemic escalated.

Sebring was originally listed as the 2021 season opener, but was removed from the calendar in late January.

The 12-hour IMSA fixture was postponed until November in 2020, but took place in its traditional late-March calendar slot last year.

The current Sebring WEC fixture was originally planned as a second 12-hour event beginning in darkness within hours of the finish of the IMSA race of the same duration. The race then became a 1500-mile event, before the distance was cut to 1000 miles and the race moved to the Friday before the IMSA 12-hour race.