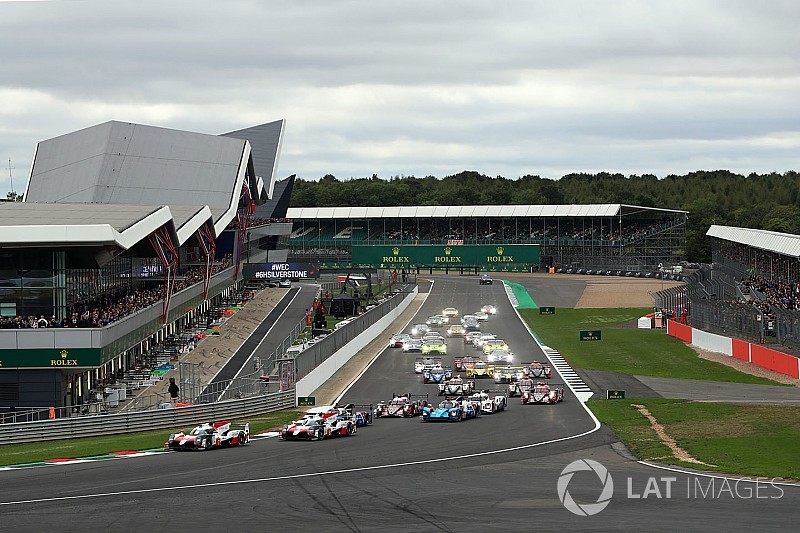 The FIA World Endurance Championship could create a 10 or 12-hour fixture on its schedule in the future.

Series boss Gerard Neveu revealed that he was open to the idea of a longer race on the unveiling of the 2019/20 winter series calendar, which includes a mix of four, six and eight-hour races in addition to the Le Mans 24 Hours.

"We could include a 10-hour race somewhere," he said. "Everything is open, though we have to consider many parameters, the wishes of the local promoter, the format of the meeting, the weather, TV.

"We also have to be careful of adding running time to the championship, because that adds cost."

Neveu stressed that there were no plans for any new fixtures to be longer than 12 hours or shorter than four, saying: "Four hours is the minimum for endurance."

WEC teams appear open to the idea of one of the existing round becoming a longer race.

Sam Hignett, whose Jota Sport team runs the Jackie Chan DC Racing Orecas in LMP2 said: "I like the idea; I think a 12-hour race would be a good idea.

"It would add cost, of course, but that wouldn't make it a non-starter because of the fixed costs of being there."

Neveu explained that the idea of multiple formats had resulted from last year's Global Fan Survey undertaken in conjunction with Motorsport Network and a desire to "create a different story" at the individual races.

Silverstone and Shanghai have become four-hour fixtures, while the returning Bahrain fixture is eight hours like the 2018/19 superseason Sebring 1000 Miles round.

Spa and Fuji remain six-hour events, along with Interlagos, which is back on the schedule for the first time since 2014.

Silverstone is "relaxed" about the move to the shorter format for a fixture that has a long history as a six-hour and 1000km race, according to circuit managing director Stuart Pringle.

"We don't think it is a negative for the event," he said. "Of course, there will be some hardcore enthusiasts who will be disappointed, but for many other spectators the reduced length is positive.

"We are trying to build a family event with the WEC."

The 2020 Sebring fixture remains provisional ahead of the first running of the 1000 Miles next March.

Neveu said there could be no decision on its future until the WEC has "experience of the first race", which runs on the eve of the Sebring 12 Hours IMSA WeatherTech SportsCar Championship round.

The Shanghai round will take place on either November 10 or 17, and the WEC is working with the FIA to avoid a clash with the GT World Cup at Macau, Neveu said.

Toyota's WEC advantage "not fair on the public"

Why the WEC can't continue in its current state