The GTE Pro era of the FIA World Endurance Championship should be celebrated for the kind of machinery and close racing it offered, according to drivers who were a part of the category over the years.

This month’s Bahrain 8 Hours finale marked the end of the all-professional GTE division in the WEC, amid a shift in manufacturer interest to the new Hypercar class for prototype cars.

GTE Pro had been a permanent staple of the championship since its rebirth in 2012 and was loved by fans across the world for its entire tenure, even at the height of the LMP1 class in the mid-2010s.

It attracted a lot of interest from car manufacturers from both Europe and America, with Ferrari, Porsche, Aston Martin, Ford, BMW and Corvette all getting onboard with full-fledged factory teams.

However, there had been a steady decline in GTE Pro since it peaked at the Le Mans 24 Hours in 2019 at 17 entries, with just five cars entered for the full WEC season this year.

The decision to phase out GTE Pro was announced at the eve of this year’s Le Mans race in June, where plans were also announced for a new division for GT3 cars from 2024.

Corvette driver Nick Tandy, who also enjoyed plenty of success in IMSA’s equivalent GTLM class that met the same fate last year, said he was proud to have been part of such a memorable era of sportscar racing.

“I remember back in the late teens, 2018-19, the actual racing between the cars, the manufacturers and the teams was, from my whole racing career from formula cars to prototypes to GTs, the best racing I've ever seen, and to be part of was awesome,” the Briton told Motorsport.com.

“I remember the days when there were five different manufacturer teams in IMSA, all competing against each other week-in and week-out and it was just super competition.

“We look at the year when there were 17 Pro cars at Le Mans. The year after LMP1 faded it showed how strong GTE and GTLM was as a product and how good the class regulations and the cars were, meaning that all the manufacturers and teams wanted to be a part of it.

“You just have to be happy with the years that are good and remember those and celebrate that rather than lament the end of an era.” 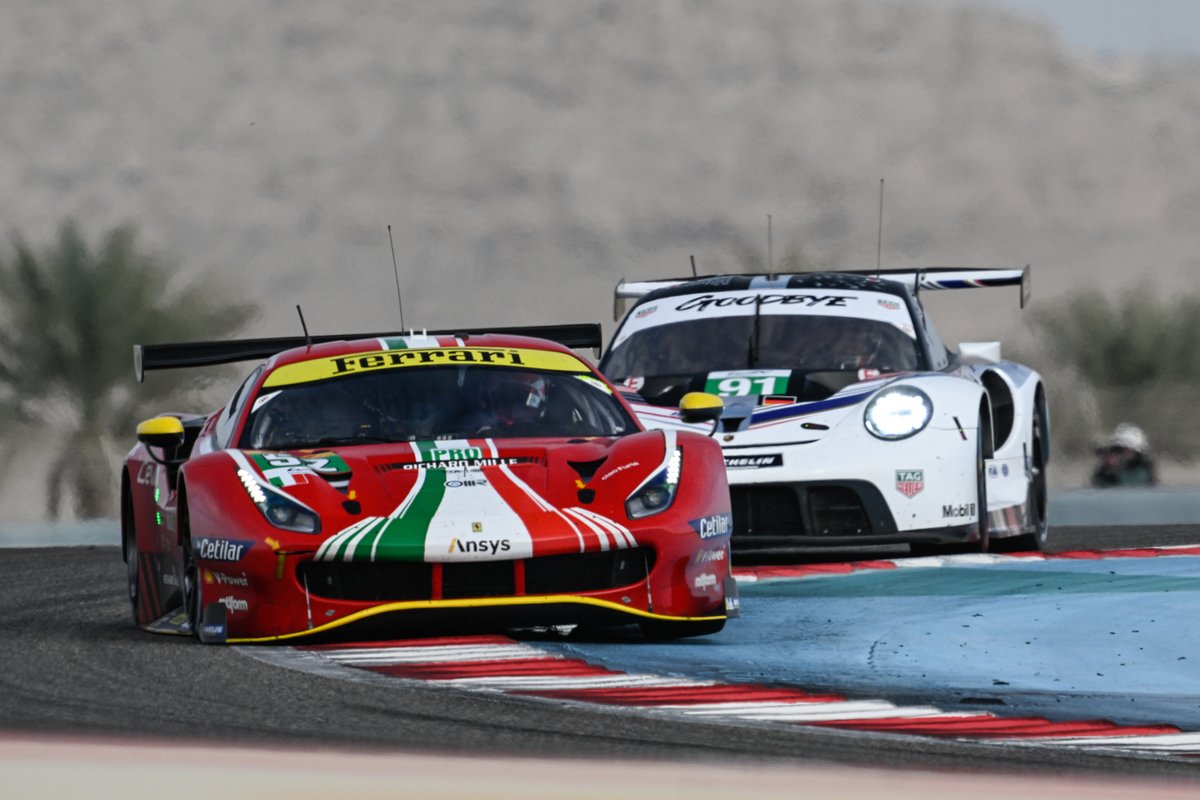 Two of the current GTE Pro manufacturers, Ferrari and Porsche, will move up to the top class of the WEC next year with their respective hybrid prototypes.

James Calado is expected to make the same step up with Ferrari, but feels GTE Pro was so competitive that even class wins were just as significant as scoring outright honours in the WEC.

“When everybody says top class, everyone assumes LMH, but honestly we've got the top class of GT, it's the same - just a different car,” Calado, who clinched his third WEC class title in Bahrain, told Motorsport.com.

“Just because it's a different category doesn't mean that it is not as high and prioritised as the other one.”

Michael Christensen clinched the 2018/19 GTE Pro title with Porsche and took his first class win at Le Mans during the same year.

The Danish driver said he will fondly remember his spell in GTE Pro, the results of which helped him land a drive in Porsche’s LMDh programme for the 2023 season.

'It’s a great time for me personally,” he told Motorsport.com. “I thought it's super cool cars. You can relate to the street car [and at the same time have] high-professional race teams from manufacturers and factory drivers.

“It's a place where there have been some ups and downs in terms of competition but it's definitely some great moments and great competition and I learned a lot. A great era for GT racing.”

Porsche had been present in GTE Pro as a works team since 2013 and its involvement in the class was unaffected even when it mounted an assault on outright wins with the 919 Hybrid LMP1 car from 2014-17.

While admitting that manufacturers budgets in GTE Pro went over the limit, Porsche motorsport chief Thomas Laudenbach said he will look back at the category in a “positive way”

“I would say it was a very successful engagement [for Porsche],” Laudenbach told Motorsport.com. “The cars are still great race cars.

“If I would still look at it, probably the costs went too far over the years, which we see very often, but all in all we clearly look back in a very positive way.

“So all in all, I would clearly say very positive, great memories. Also, difficult times, no question. But all in all, I think if we close this chapter, we do it in a very nice way.”

GTE cars will continue to find a place in the WEC for one more year in the Am division before they are phased out altogether in 2024 to make way for more affordable but less sophisticated GT3 machinery.

How Cadillac put its stamp on the LMDh concept