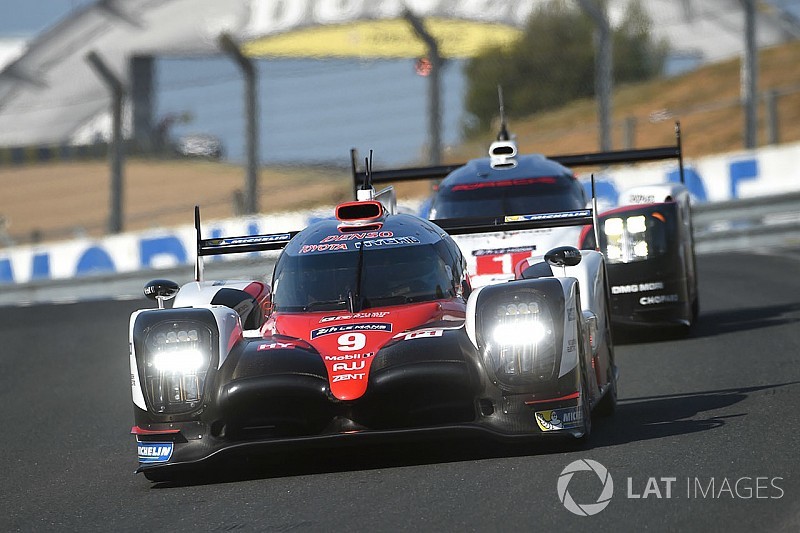 Moveable or active aerodynamics will be allowed in LMP1 when new regulations come into force for the 2020 World Endurance Championship.

The new aero rules are part of a wide-ranging package of changes that will also include the requirement for P1 cars to complete one first kilometre after each pitstop on electric power only.

Moveable aerodynamics will be introduced as part of a cost-cutting measure that will fix the aerodynamic specification of the cars for the full season.

This is an extension of the current rule that this year limits each manufacturer to two homologated aero packages.

The rear wing and the internal front flaps, introduced in LMP1 in 2014, will be adjustable under the new rules.

FIA technical director Bernard Niclot told Motorsport.com: "We consider that if we fix one bodywork for the year we can address the problem of the variety of tracks we race at within a reasonable cost with moveable aerodynamics."

The final rules have yet to be defined, but it is likely that there will be a number of set positions.

The requirement of the cars to do one kilometre without the use of their internal combustion engine will go hand in hand with another new rule that will allow battery charging during pitstops.

Sir Lindsay Owen-Jones, president of the FIA Endurance Commission, explained that this reflected trends in the automotive industry.

"It is the conviction of the manufacturers that plug-in hybrids are what they will be selling in five years' time," he said.

"More and more cities are closing their roads to cars that are not zero emissions, so this rule gives a new dimension to our regulations."

He insisted that the cars would travel at normal racing speed in zero-emissions mode over the one-kilometre distance.

Niclot explained this was more relevant to the car makers than increasing the amount of hybrid energy, which had been planned for 2018 before the rules freeze announced last year.

Owen-Jones revealed that the distance that the cars will have to cover in zero-emissions mode could be increased in future years. LMP1 cars will also have to cross the finish the race only using electrical power.

New caps will be placed on development in the name of cost reduction. The manufacturers will not be allowed to develop all areas of the car between seasons.

Instead their will be a system, akin to the former token arrangement employed for engines in Formula 1, that will allow a set amount of development by each manufacturer.

The number of wind tunnel hours allowed to each manufacturer per calendar year will be reduced from the current 900 to 600.

There will also be further limitations on testing and a drive to organise more collective sessions shared between the manufacturers.

New safety cell rules originally scheduled to come on stream in 2018 will be part of the next cycle of LMP1 rules.

The cockpits will be bigger to allow for more space around the driver's head and the seating position will be made more upright.