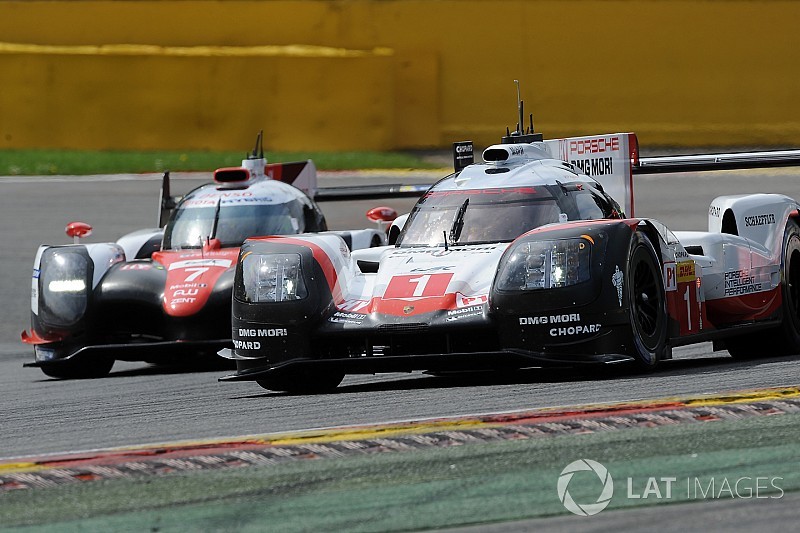 A proposed FIA World Endurance Championship rule requiring LMP1 hybrids to complete the first kilometre after every fuel stop on electric power is no gimmick, according to Toyota and Porsche.

The two factories competing in the WEC's top division at present believe the rule scheduled to come into force in 2020, and unveiled at the Le Mans 24 Hours, fits with developments in the automotive industry.

He added: "This will be very similar to the plug-in hybrid technology in road cars where you use electric mode in the city and then go onto the internal combustion engine when you move onto the highway."

Vasselon stressed the importance of the WEC maintaining its road relevance in the face of a major cost-cutting drive for 2020 when a new rulebook will come into force.

He said that it was important that LMP1 didn't become a "super-DPi", a reference to the LMP2-based class for manufacturers competing in the IMSA WeatherTech SportsCar Championship's top class.

"Manufacturers such as Toyota have come into the WEC because it is an opportunity to showcase high-level technology that is relevant to road car development," he said.

"Everyone wants to save costs, but not at the expense at emptying the technological tank. We don't want a super-DPi, because then we would stop."

The so-called "one-kilometre rule" will go hand in hand with plug-in rapid charging for the P1 hybrids at pitstops. There will also be a requirement for them to finish all WEC races in electrical mode.

The FIA and WEC promoter the Automobile Club de l'Ouest intend to limit development costs by introducing a common charging system to be used by all manufacturers.

Also included in the 2020 rules outlined at Le Mans were the introduction of moveable aerodynamics and strict limits on development.

Merhi gets Manor WEC return at the Nurburgring