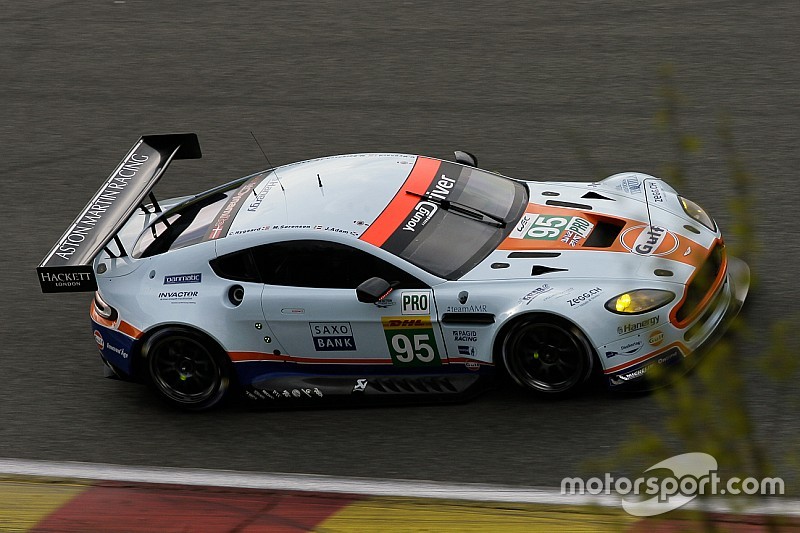 Nürburgring, Germany – It’s back to school for the FIA World Endurance Championship (WEC): Young Driver AMR returns to action at this weekend’s fourth round of the season at Nürburgring. After the long post Le Mans break, the series visits Germany for the first time. Behind the wheel of the Aston Martin Racing entered Young Driver AMR-Aston Martin Vantage GTE during Sunday’s 6-hour race are Marco Sørensen and Christoffer Nygaard. Young Driver AMR regular Nicki Thiim skips the German World Championship round due to other commitments. Young Driver AMR comes fresh from a fourth place finish at the 24 hours of Le Mans in June and is looking for it’s first GTE Pro class podium finish at Nürburgring.

Young Driver AMR made the best out of the summer break and tested at the "Ring" at the end July in preparation for the second part of the WEC season. After this weekends round in the Eifel region, the WEC will leave Europe and travels to the U.S., Japan, China and Bahrain.

"It’s difficult to make any predictions for the weekend, as the track is new to everyone and we don’t have a lot of experience there", says Young Driver AMR´s Jan Struve. "We tested there recently and found a good set up. We have very good memories at Nürburgring, as back in our GT1 days in 2010, we took our maiden world championship victory there and won the qualifying race from pole. But this is history and it’s certain that the race will be hard and tight this weekend."

"I can’t wait to return to the track as the summer break was just too long", Christoffer Nygaard says. "We finished fourth at Le Mans. This was not exactly what we were looking for, but the race showed that we have a great pace and we have to make the best out of this weekend. The test recently at Nürburgring went well. We had all kind of different conditions and could try different things. The track should suit our Aston Martin, but judged from what we saw at the test, it will be a very close and exciting race again in our class."

Porsche confirms LMP1 programme up to end of 2018