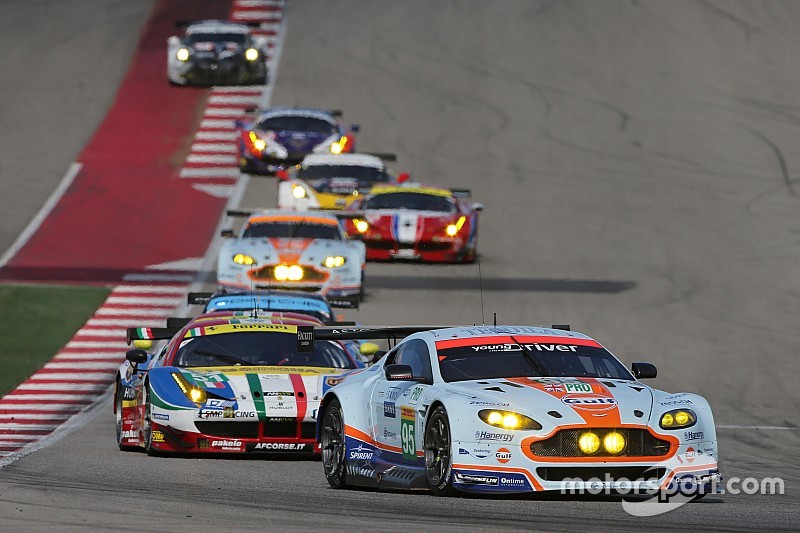 The team made a common decision with sponsor’s and partners to skip the penultimate round of the season.

Copenhagen - Young Driver AMR will not take part with its Aston Martin Racing entered #95 Aston Martin Vantage GTE in this Sunday’s seventh round of the FIA World Endurance Championship (FIA WEC) at Shanghai/China. The team made a common decision with sponsor’s and partners to skip the penultimate round of the season. Young Driver AMR takes the consequences out of a performance cut made by the organisers for the last three rounds, which sidelined the Aston Martin Vantage GTE.

"We are deeply sorry for our fans and partners in China, but racing for fourth or fifth place is not the way we like to represent ourselves to our sponsors and guests in China", Jan Struve of Young Driver AMR said.

"In three of the last four rounds, Young Driver AMR was the best placed Aston Martin team. But after a rule change for the last three rounds, no GTE Pro class Vantage GTE had the fair chance to fight for a podium. We expect the same scenario in China, therefore we decided to withdraw from this round as doesn’t make sense for us to fight only our fellow Aston Martin teams. We are racers and we don’t do anything for free, but we feel there should be a fair chance to race with our competitors and we don’t see this currently given. The decision with our sponsors to withdraw from the Shanghai round will not influence our very close and good relationship, they have promised to back us up when we are competitive again.”