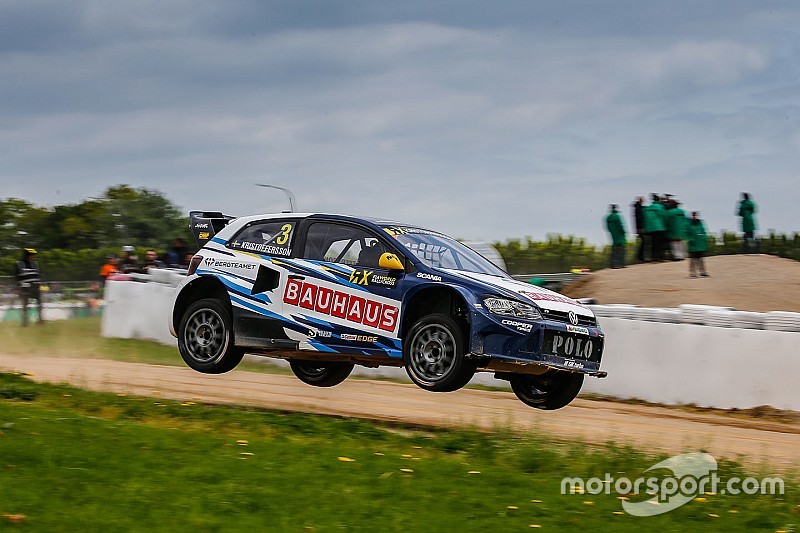 Swedish rallycross team Volkswagen RX Sweden just missed out on a place in the final at the fifth round of the FIA World Rallycross Championship at Hell in Norway (June 12).

Johan Kristoffersson qualified seventh at the Intermediate Classification and on the second row of the grid for semi-final one. In a close race, the Swede finished fourth in his Volkswagen Polo RX, just missing a place in the final. Anton Marklund set strong pace in the team’s sister Volkswagen Polo RX in free practice, but a fire that broke out in the car’s engine bay area in Q1 effectively destroyed his weekend. The team worked hard to resolve the problems and Marklund was able to compete in Q2 and Q3, but was slowed as a consequence of the fire. With issues resolved for Q4, Marklund proved his pace and had it not been for a slight mistake on the final lap, would have set third fastest time.

“We came here with some new solutions to find more pace but we struggled a bit for lap times compared to the quickest guys. We fought all weekend long, trying to squeeze the maximum we could out of everything,” said Kristoffersson. “I was pushing hard in the semi-final and I was quite close to Sebastien Loeb at the end, but we were not close enough. It’s very, very tight in this championship and sometimes you just have weekends like this. We will continue pushing for our home event in a few weeks at Holjes.”

Marklund was pleased with his own performance in Norway, but was ruled out by the fire. “In practice on Friday evening and Saturday morning we were really fast and there was still some improvement I could find in my driving, so I was really looking forward to Q1,” said Marklund. “Unfortunately, we had a big fire in Q1. The guys did a great job to fix the car but unfortunately we had some more technical issues because of the fire. Everything worked in Q4, I set some great lap times and if I hadn’t made a little mistake on the last lap we could have been near the top. The pace has really been there but we were just unlucky with how things turned out.”

Volkswagen RX Sweden Team Principal Michael Schneider says the team will now fully focus on the next World RX event, in Sweden. “We have three weeks now to prepare and test some updates for Holjes,” said Schneider. “We are very motivated to do that; it’s our home race so we have all hands on deck to make it the best weekend we can there.”

The sixth round of the FIA World Rallycross Championship takes place at Holjes, Sweden (July 1-3).

Jordan to compete at Goodwood in Audi Rallycross car