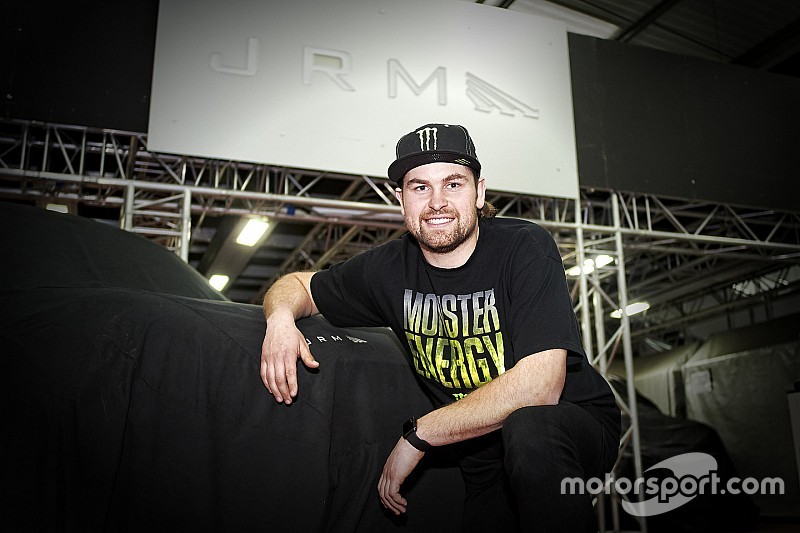 Multiple European rallycross race winner Liam Doran will switch from driving a Citroen DS3 to a Mini RX Supercar for JRM Racing in the FIA World Rallycross Championship this season.

Doran raced in World RX last season as teammate to champion Petter Solberg, but while the Norwegian won his second title, the British driver was plagued by reliability problems.

The squad will focus on one car this year for Doran, by entering the double X Games gold medalist as a single car in the series.

“This is something I’ve been working towards for the last couple of years – being able to go at the championship professionally as a driver with a capable and successful team,” said Doran.

“It’s exciting for me to have the chance to do that. I know I can just do the driving in 2016. That’s the most important part for me.”

JRM’s Mini RX was fitted with a WRC-based 1.6-litre engine for it inaugural World RX outings last term, but will fit a 2.0-litre unit for 2016, as the weight break for engines under 2000cc no longer applies in the regulations.

JRM will run an engine to ‘custom engine’ regulations, brought it to World RX in 2015.

“One of the main reasons for this whole deal happening is because the car is what it is and the team is what it is.

"It’s going to be a strong, fast and reliable package which is something I need and is something, the way the sport’s gone, is required to get a good result,” explained Doran.

“It’s about having the most consistent event and this is the ideal package for that. I’m very technically minded and I have no doubts at all that the car can do what it needs to do.”

JRM Managing Director, Jason King, is excited to have the British driver as part of the team this season.

“It’s great to have Liam on board for World RX and for him to be at the heart of an all-British team. We learned a lot about the series last year and we’re ready to make our mark as a full season entrant in 2016,” said King.

“Liam’s pedigree in World RX is undoubted and he’s the sort of driver we really wanted to work with in 2016 so we can make the performance step that we know the car is capable of.

"We know he will extract every bit of performance out of the car and create a spectacular show out on track.”