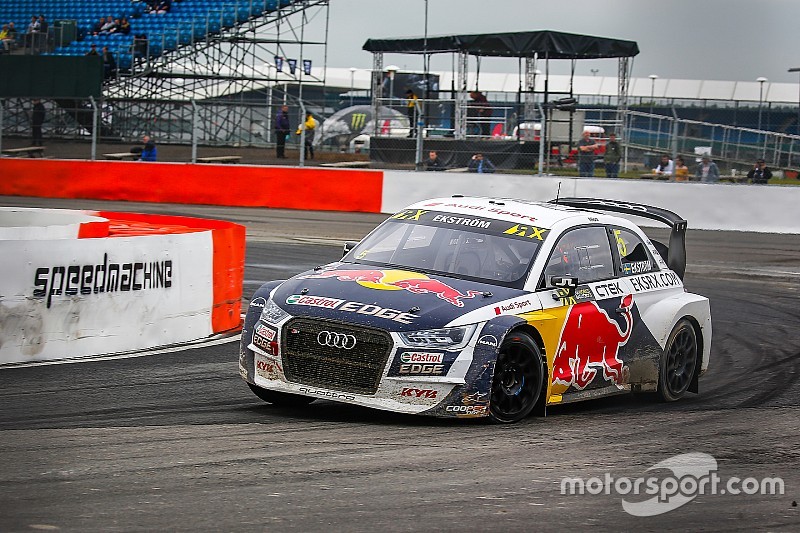 Former World Rallycross Champion Mattias Ekstrom says the battle in the second half of the 2018 season is for second in the points, behind runaway leader Johan Kristoffersson.

Reigning champion Kristoffersson holds a 30-point advantage heading into the seventh round in Canada next week, while the other five factory-backed drivers, led by Ekstrom’s teammate Andreas Bakkerud in second, are split by just nine points.

“If you see the first few races you have to say that Volkswagen are the ones that have been most constantly fast, especially with Johan," Ekstrom told Motorsport.com.

"Peugeot have also been very fast and I would say not as fast as them [VW]. It’s been quite close between Peugeot and us, but Volkswagen and especially Johan have been faster.

Kristoffersson has won five of the six first rounds of the 2018 season so far, and also claimed victory at Trois-Rivieres last season.

Ekstrom’s EKS Audi Sport squad undertook a pair of three-day tests at Holjes in Sweden and Riga in Latvia since the most recent round of World RX and is expected to fly some development parts to Canada for its S1 Supercars before the event.

“I love the place, really enjoy the track and we have been trying to do stuff which might work there as well, so it will be interesting to go there and see if what we have learned will pay out,” said the Swede.

The Audi-backed team ran a development front bumper at both tests, which is likely to be used in Canada.

The squad took a low-drag rear wing for the long start-finish straight in Canada last season, but with teams locked into using the same rear wing for the whole season this year, front aero has become more of a focus.

“We will see when we come out in Canada [if the front bumper is used]. We’ve tried it already so we’ll see if we can get something sent over,” said Ekstrom.

“You have to look to see what you can find. Everybody is trying, we have been trying a bit of suspension, then we have the new front bumper and fine tuning a bit here and there with the engine and differentials.

"It’s just to try and add it together to try and find a couple of hundredths or a tenth or so.”