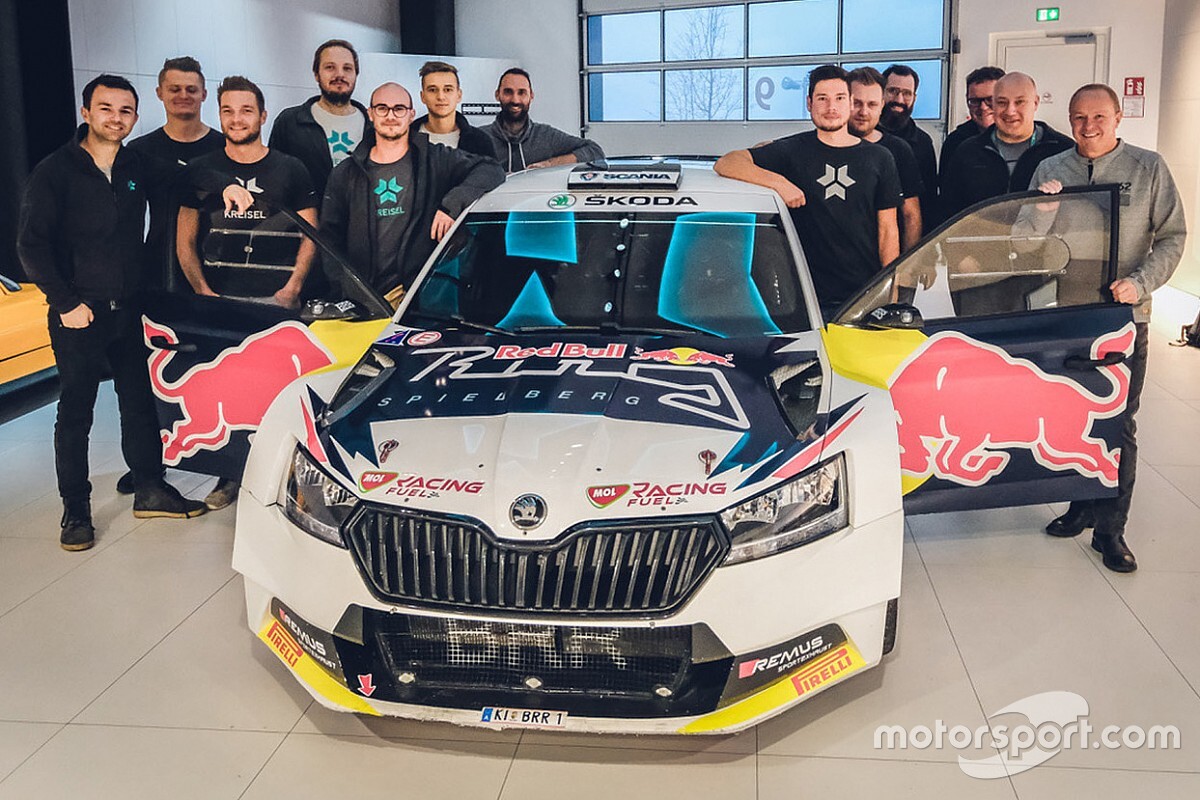 The electric kit designed for the World Rallycross Championship's top-flight electric switch, which has been postponed until 2022, could make its competition debut in rallying next year.

Austrian firm Kreisel won the tender to produce and supply the electric kits for World RX's revised electric strategy last October, but the introduction of electric cars at the sport's top level has been postponed a year due to the ongoing coronavirus pandemic.

Despite the postponement and delays in the project due to the COVID-19 pandemic, Kreisel has been pushing ahead with plans to begin running the concept in a 'test mule' in November ahead of a potential competition debut in the Janner Rally next January.

The four-wheel drive, twin-motor 500 kW kit will be built into a Skoda Fabia R5 chassis (called the Fabia REX), in a collaboration with the Baumschlager Rallye Racing squad run by three-time Janner Rally winner Raimund Baumschlager.

The kit will run a single-speed transmission, produced by British firm Xtrac, and Kreisel will test differential ratio and ramp angle specification options before deciding on the single-spec that will be used.

"We have not postponed the original time schedules for the project, so we are going to be ready by the end of this year with the rallycross kit," Kreisel's project leader Daniel Foissner told Motorsport.com.

"Our first aim was to have the final car by June, but the crisis means we have a delay of four or five months.

"Our big aim is to compete on the Janner Rally, but there are two question marks; to have the car really for that time, and if there is a Janner Rally [at all] because of the COVID-19 crisis.

"But we are confident that we have a proper system [ready] by the end of this year."

Should Kreisel compete in the Janner Rally, it would do so will the full World RX kit, not the slightly different rally concept it plans to also introduce, but detuned to around 220 kW to ensure the range requirements between each service halt can be met.

"We have our own charging system which makes it possible for us to charge the battery in 18 minutes, so this means in a normal service period in a conventional rally of 20 - 30 mins, you can recharge the full battery," said Foissner.

While the 52.65kWh battery's safety features will be the same as those used in the World Rally Championship's hybrid switch for 2022, for which Kreisel will also be involved in supplying together with Compact Dynamics GmbH, the WRC machines will not use the same battery as the World RX Supercars.

It has since developed the kit for World RX's electric support class, Projekt E, which is still set to get underway when racing resumes later this year.

The delayed 2020 World RX season is due to get underway at Holjes in Sweden on 20-23 August.