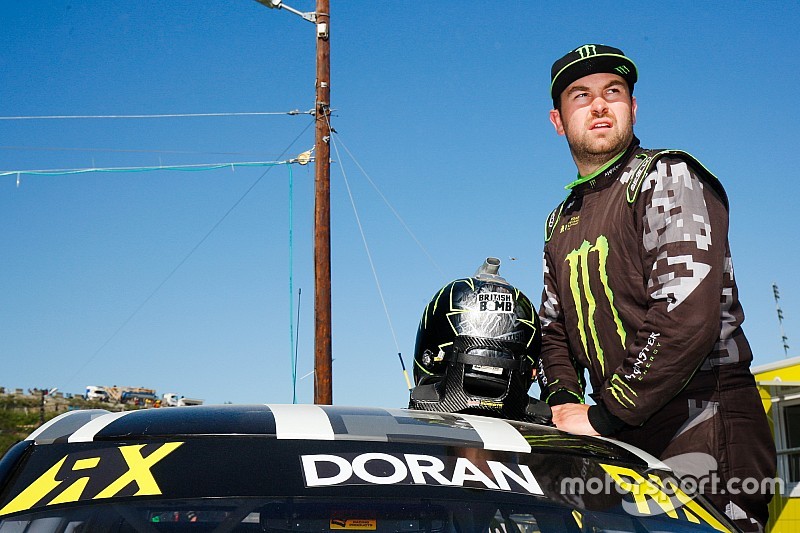 British driver Liam Doran has been dropped by the JRM World Rallycross Championship team with immediate effect and won’t be replaced in time for the next round of the series in Canada next month.

JRM Racing announced in a short statement earlier this week that it had terminated its contract with Doran, but gave no further explanation as to its reasoning.

“The agreement with the team has been terminated. This is an internal matter and no further comment will be made at this stage, “ said Team Principal James Rumsey.

The British Mini RX squad also commented that it will continue the development of its Mini RX as planned for the rest of the campaign, but on release of the entry list for the Trios-Rivieres event by the FIA on Thursday, no additional entry has been placed by the team, meaning it won’t be present in Canada.

“JRM Racing is continuing with its preparations to contest the remaining rounds of the 2016 FIA World Rallycross Championship and the scheduled development programme for its MINI RX Supercar will remain unaffected,” said the team’s statement alongside the announcement.

So far this season, JRM has made one World RX final with Doran in the opening six rounds, at Hockenheim, in its first full-time World RX programme.

The squad initially ran a WRC-derived 1600cc engine in the car before switching to a development 2-litre version for the British round at Lydden Hill.

The outfit is expected to return to action at the French round of World RX in early September, where last year it ran a pair of Mini RXs for former Junior World Rally Championship pairing Guy Wilks and Guerlain Chicherit.

Neither drivers currently have driving commitments in World RX and could potentially fill Doran’s seat, but no announcement about additional drivers has yet been made by the team.