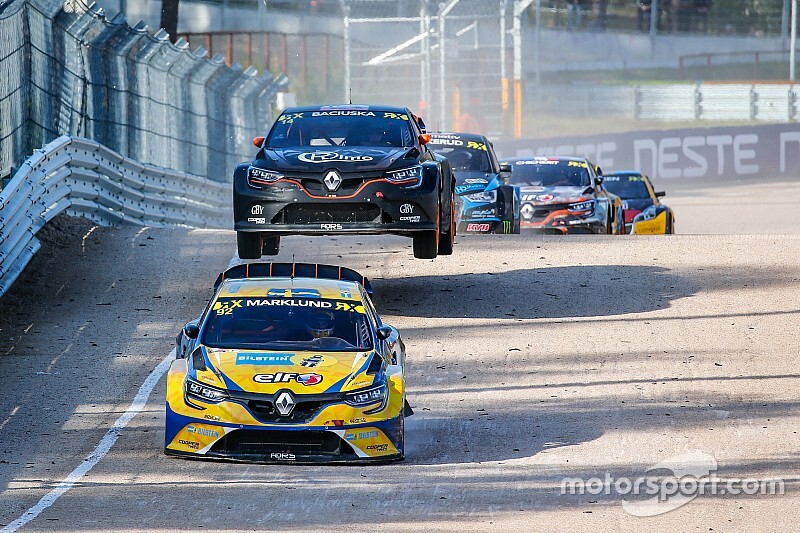 Double European rallycross champion Anton Marklund will focus on the World Rallycross drivers’ title this season running as a single-car entry under the GCK Bilstein banner.

Swedish driver Marklund will drive a GC Kompetition-run Renault Megane for a third straight season this year, having joined the squad in the latter stages of the 2018 campaign, while also racing in the European Championship with his own team.

Last season he briefly claimed a maiden World RX victory at Hell in Norway before being stripped of the result by a post-race technical infringement, but scored a career-best result for the Guerlain Chicherit-owned GCK squad at Loheac in France with second.

The team has continued development on the Megane’s two-litre Oreca engine over the winter, and will run revised Bilstein dampers this season.

“Together with Bilstein we made great progress last year and showed really good speed, and with the extra time and better preparations over this winter we are ready to start 2020 with a bang,” said Marklund.

“Being able to build on the real developments with the Megane R.S. RX. from last year, and the existing relationships I have with the team and technical partners, allows us to start the season strongly.

"I want to say thanks to Bilstein for all the support they’ve given me and the team so far and for committing to us even more this year – together we push to be the best and that’s the kind of partnership we need to be successful.”

Without the pressure of scorings teams’ championship points, Marklund will be free to challenge for the drivers’ title this season, while 2019 teammates Rokas Baciuska and Guerlain Chicherit race a brace of Renault Clios under the GCK Unkorrupted banner.

First WRC champion Bjorn Waldegard dies at the age of 70