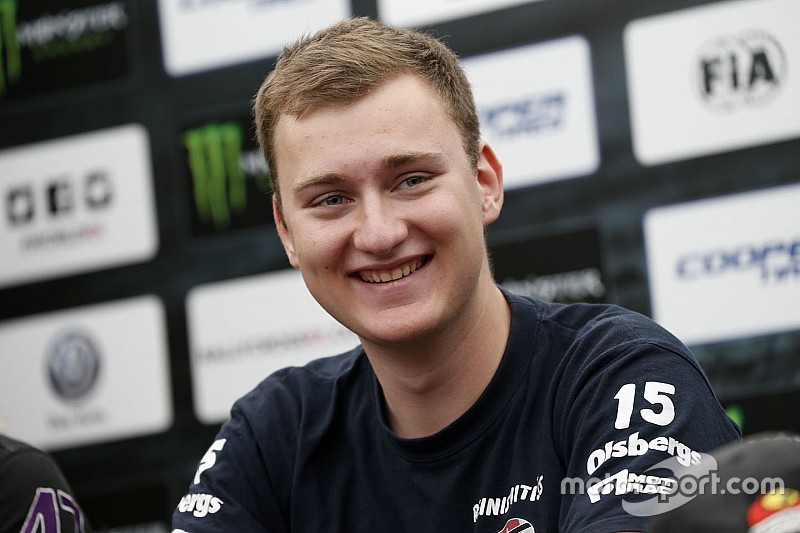 The Latvian driver graduated from the Super1600 category for the start of 2014 with the Olsbergs MSE team and won the Norwegian round of the championship in Hell the same year.

Nitiss scored a total of seven podiums over the two years with the Swedish team. He will switch to the German squad for this year, owned by driver Rene Munnich, to race a new Ibiza built by the Munnich Motorsport team.

“World Rallycross is currently developing at a very fast pace, and we began discussions with multiple teams late last year, with All-Inkl.com Racing coming out on top with their action plan and potential,” said Nitiss.

“They have engineers and specialists that have years of experience in top level racing series, from GT1 to the World Touring Car Championship and rallycross.

"In the last two years, racing Audi S3s, the team has got some invaluable knowledge, and I believe that we will be competitive in the championship with the new Seat Supercar," he added.

"This year will be especially important in my career as it will be the first one with a world championship event taking place here in Latvia. Competing in front of my local fans is both a huge privilege and challenge.”

The All-Inkl team, who also ran a scaled down effort in the WTCC last year, ran a number of drivers in a pair of Audi S3s in World RX last season.

It included 2006 Formula Renault 3.5 Champion Alx Danielsson, former F1 driver Gianni Morbidelli, two-time DTM champion Timo Scheider and European Rallycross Champion Tommy Rustad, who made a one-off appearance for the squad at the Canadian round of the championship and finished fourth, a result repeated by Danielsson at the following event in Norway.

“I have known Reinis for some time now, we were actually competing against each other in the Super1600 class a few years ago. He is a young gun, quick and very good,” said Munnich.

“We have been actively working on preparing the new car for the last couple of months and I hope that with it, Reinis will be able to fight not only for podiums but outright victories as well!”

The German team is yet to announce its second driver for 2016. Nitiss’ departure from OMSE follows that of former teammate Andreas Bakkerud, who left to join Ken Block’s Hoonigan Racing team earlier this year.

So far, no drivers have been confirmed by the Swedish team.