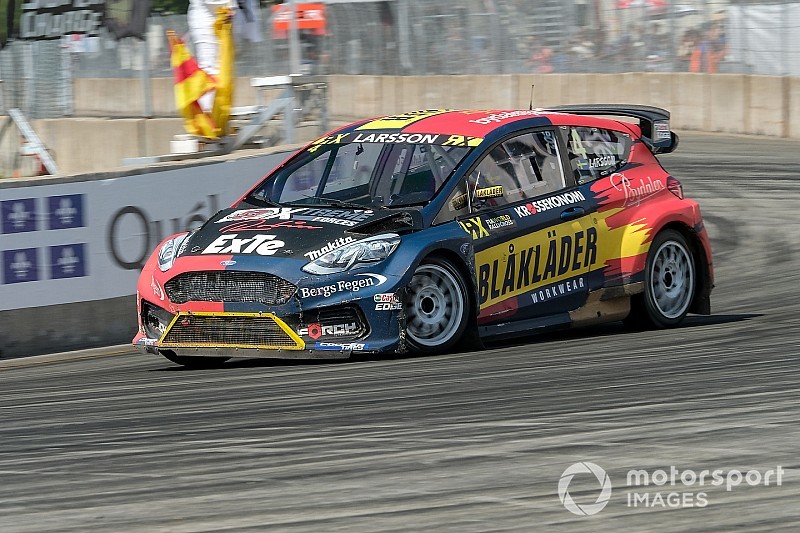 Swedish team Olsbergs MSE will take a sabbatical from World Rallycross next season to focus on its customer programmes while working on a deal to compete in the planned electric switch from 2021.

The 2014 World RX teams’ champions returned to the series full-time in 2018 with a pair of new Mk8 Ford Fiesta STs for former race-winning drivers Kevin Eriksson and Robin Larsson, but is yet to qualify for a final with one round remaining.

OMSE has built 30 Fiesta Supercars in the last decade, and is currently involved in running the RallyX Nordic Championship along with the RX2 support class of World RX.

Team boss Andreas Eriksson has cited the cost of development and the need to focus on the sport’s planned electric switch in 2021 as the reasons for taking a break from the sport's highest level.

“Today’s decision is of course sad, but we have to do this for the company’s longer-term future as the cost to operate at a competitive level today in World RX is too high for us,” he said.

The Swede believes the current internal combustion engine-powered Supercars have a long-term future in the sport, if the FIA’s technical regulations are tweaked.

“Our belief is that with sensible changes to the technical regulations, most of the current Supercars have a long future in the sport and this discipline can continue to grow in a healthy way – as can our company.”

The firm, which has had manufacturer backing from Ford in World RX in the past, and from Honda in the now defunct GRC, is working on plans to align with a manufacturer in order to compete in World RX’s planned electric transition.

“We are also very much looking forward to the arrival of electric rallycross in 2021, and as such will put our efforts next year into securing a manufacturer partner ready for its introduction.

"We think the electric switch is important for the future of the sport – and for all the young drivers out there dreaming to be the best in the world,” said Eriksson.

“There are a lot of people and fans out there raising voices both for and against electric rallycross. I personally feel that combustion and electric can work hand-in-hand for many years to come – let’s face it, we all love different kinds of music at different concerts.”

Peugeot World RX exit not down to results, says CEO

Portugal out, F1 venues in for 2019 WRX calendar