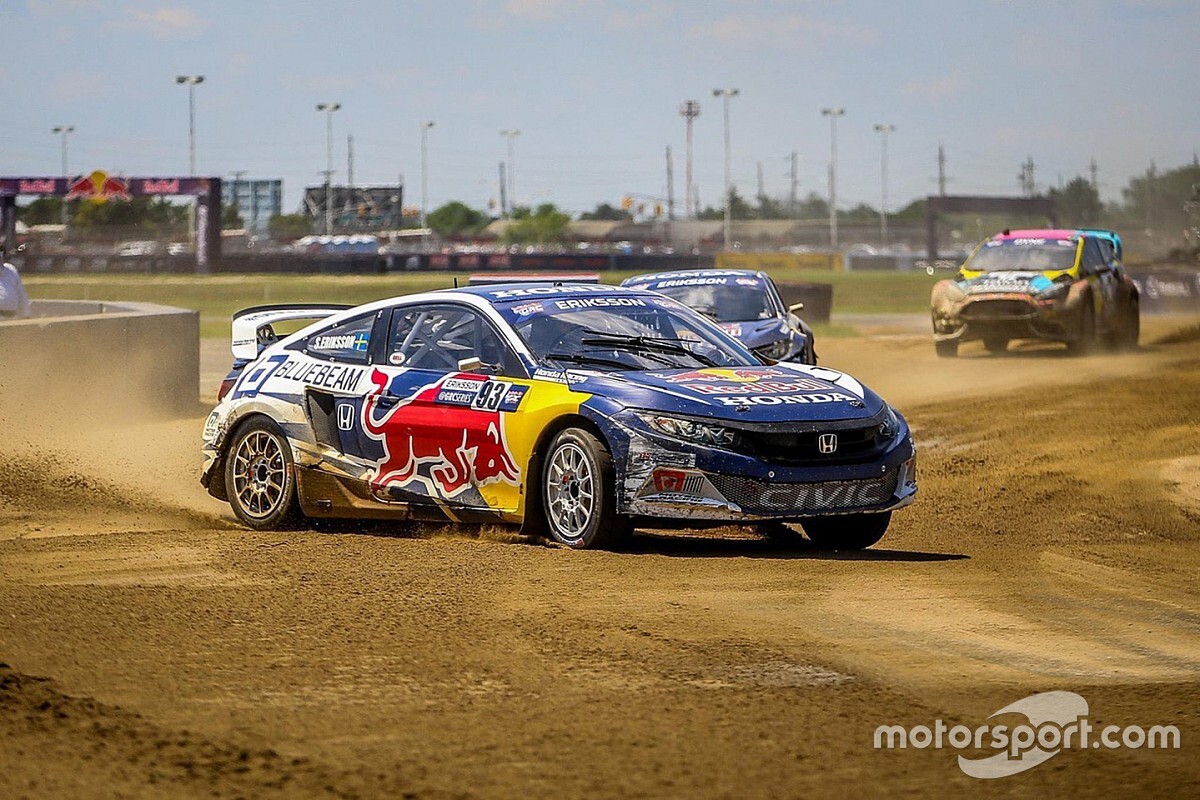 Swedish rallycross team Olsbergs MSE will run a single car in the opening double-header of the World Rallycross Championship season in Sweden next month for Sebastian Eriksson, who won the Holjes round last year.

Eriksson made amends for cruelly missing out on a debut World RX victory at his home round in 2014, on only his third rallycross Supercar start, by finishing first last year in OMSE's Ford Fiesta Mk8.

The former Global Rallycross Championship driver will now return for the Swedish rounds of the series, racing an updated version of the Honda Civic Coupe he raced for the then Honda-backed squad in the American-based GRC series in 2016 and 2017.

"It felt like everything just went our way at Holjes last year," said the 27-year-old. "It was the race I wanted to win more than any other and the biggest result of my career, and it was nice to see the reaction of everybody in the paddock – that meant a lot.

"I'm really excited to be going back again. Holjes is the most iconic rallycross track in the world, and this year, we get double the chances to win and double the fun.

"It's the first time the World Championship has staged a double-header so the regular drivers might not be so used to that format, but I did a lot of it in GRC back in the day so hopefully that might give me a little bit of an advantage."

While the Honda is a different chassis to OMSE's Fiesta MK8, the two cars share similarities in suspension design and powertrain.

"It will be interesting to see how the Honda shapes up on the World Championship stage," said Eriksson. "In testing, we've achieved very similar lap times with the two cars.

"We've worked hard to update the Civic in recent months, which should make it a bit more competitive so I'm positive we can be up at the sharp end again. I actually don't feel under any pressure. For me, this is a one-off event so I can just go all-out."

Driving with OMSE, Danish driver Ulrik Linemann gave the Civic Coupe it's World RX debut at the Swedish round last year, but had a torrid weekend and qualified 25th and last in the Intermediate Classification.