The Norwegian drove an ES Motorsport Skoda Fabia Supercar at former World RX venue Mettet as he assesses his options for next season.

“It was a lot of fun to be honest, I really enjoyed it,” Ostberg told Motorsport.com. “I’ve seen events and I’ve been on a few [rallycross] tracks but always with a rally car, so this was the first time I drove a Supercar.

"But okay, the WRC cars these days are quite fast as well so it was not such a big difference as it probably would have been five years ago.”

Having been in discussion with the recently-formed ES team for over 12 months, the 31-year old completed three four-lap runs at the wheel of the Fabia in damp conditions, on the first day of the team’s running at Mettet.

“I still don’t know what my plans are for next year, I’m considering all my possibilities," said the former works Citroen and Ford WRC driver, who is also closing on a deal to drive in WRC2 next year.

"I had the invite to come here and test and I took it. It was an invitation I didn’t want to say no to.

“I’m not ruling out the possibility of doing some [World RX] events but I think to do the full championship might be difficult.

"It’s completely depending on my plans in rallying. They are starting to be a little more clear now than they were one week ago, so we will see, maybe we can find a combination.

"I would be honest and say that rally is still my target for the next years to come but it was my first experience of rallycross today and I really loved so I’m not ruling out anything.”

Speaking about the recent departure of the Audi, Volkswagen and Peugeot backed teams from World RX, Ostberg said: “I understand the situation is difficult at the moment.

"I’m sure the sport will survive and I think it will be on a different level next year, which can also be good for some of the smaller teams.

"There is definitely a big loss with the manufacturers [leaving], but there will always be ups and downs and there can be something positive from that as well, to allow different teams to win races and to build up more experience.”

Ostberg’s compatriot Andreas Bakkerud, who has been left without a World RX drive after the EKS team ended its rallycross programme, will drive the Fabia on Wednesday.

Although heavily linked with Nassar Al-Attiyah, ES Motorsport is yet to confirm a driver line up for 2019. “

Mads adapted to the car very quickly,” team manager Ramunas Fetingis told Motorsport.com. “It’s good to have another driver with experience and another driving style in the car.

"Mads had the same ideas as us about where we need to work on, so it’s very good for us. We have a lot of interest for next season and we are doing everything we can to have a second car as quickly as possible." 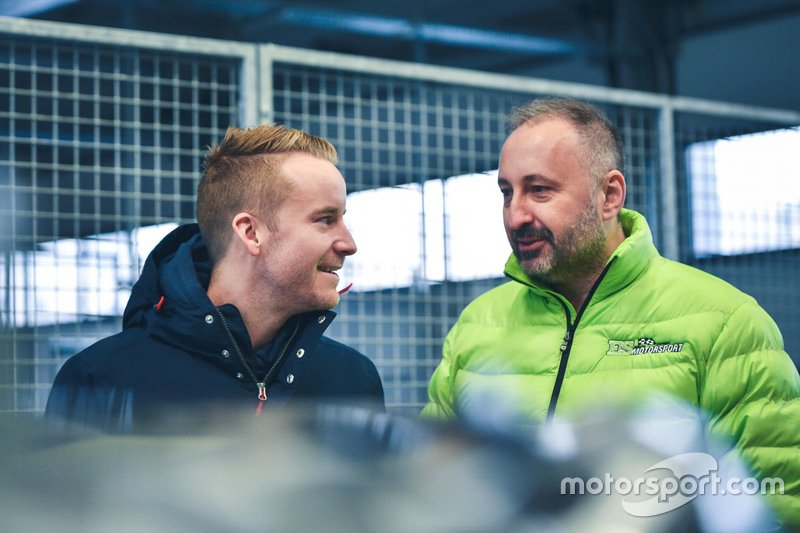