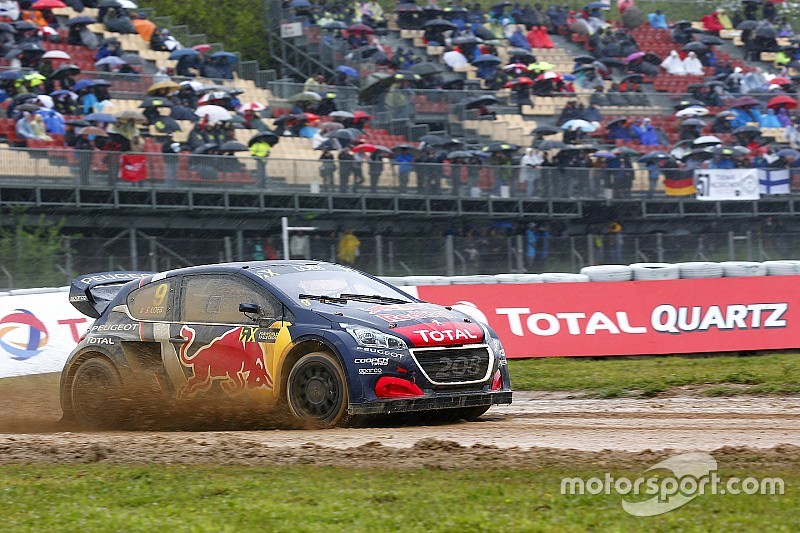 Peugeot is planning to introduce a new 208 Supercar at the next round of the World Rallycross Championship in Sweden for Sebastien Loeb and Timmy Hansen.

Announcing pre-season that it would introduce developments throughout 2018, Peugeot Sport director Bruno Famin believes the car set to be introduced for the Holjes event in two weeks’ time will be the single biggest upgrade of the year.

“In Sweden we should have some of the technical evolutions that we have been working on since the beginning of the year,” Famin told Motorsport.com.

“We still have a couple of technical questions to solve and the main importance will be to have the parts for the race cars. Right now, the decision is not finalised, but it’s the target to have the evolution in Sweden.”

Although aesthetically the new 208s will appear the same as the cars raced by Loeb and Hansen in the opening five rounds of the campaign, the new machines will feature a revised chassis, fitted with a new engine.

Having previously used engines supplied by Oreca, Famin suggested pre-season that Peugeot could take engine development in house this year, but hasn’t confirmed if the new engine will be a Peugeot-built unit.

Frenchman Loeb is the only driver other than reigning champion Johan Kristoffersson to have won a World RX round this season (in Belgium) and is currently second in the points. But, in line with his pre-season predictions, Famin remains adamant that the French marque is not focusing on fighting for its first World RX drivers crown this term.

“It’s not our target,” he said. “But if the evolutions are good, then why not? If the gap is not too big with Johan (Kristoffersson) and Volkswagen, of course we’ll have a look at it, but it’s not the main goal. The main goal is to win more races this year, and obviously if we win more races then the situation with the championship will be better.”

Peugeot’s third driver, Kevin Hansen, who equalled his best ever result with fourth at the Norwegian round last weekend, will switch to racing one of the 208s driven by either Loeb or his older brother Timmy so far this year and for the time being will remain an evolution behind the squad’s team’s points scoring pair.

“Kevin will still stay one step behind, unfortunately for him, but it’s just because we cannot do it, we cannot do three new chassis like that,” said Famin. “After, until the end of the season I don’t know, but right now it’s just impossible.”

Wurz set for at least one more World RX outing