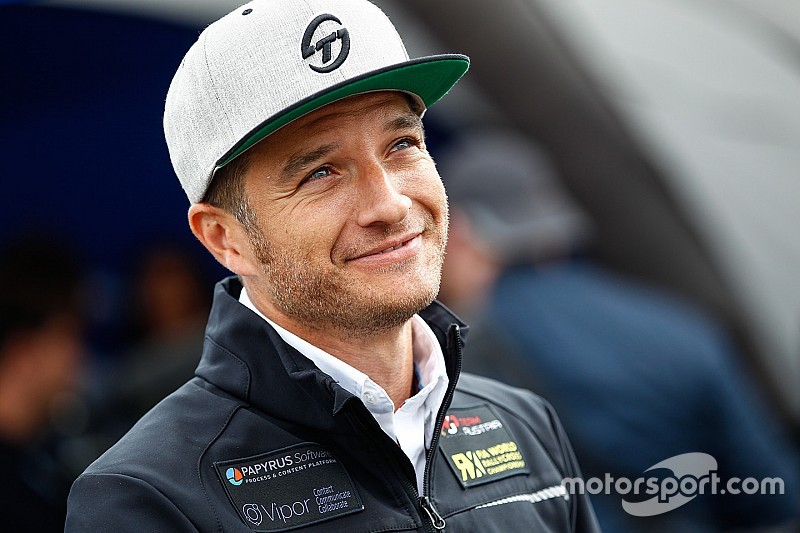 The GCK World Rallycross team has firmed up its driver line-up for 2018, and has added two-time DTM champion Timo Scheider in a development role.

The team will race a pair of brand-new Prodrive-built Renault Megane RS RX Supercars in World RX this year.

The German switched to World RX full-time last year with MJP Racing Team Austria, and finished on the podium in the opening round in Spain.

"This collaboration with GCK presents a really good and exciting opportunity to pass on my knowledge from extensive motorsports experience whilst gaining further experience in rallycross,” said the former DTM star.

“I’m really looking forward to facing this challenge together and hope that we end up with a hugely successful result on rallycross tracks around the world.

"I can’t wait to continue testing and to see the Megane race competitively come April.”

The team's race line-up will be comprised of the previously-confirmed Guerlain Chicherit and the newly-announced Jerome Grosset-Janin, a former French Rallycross champion.

Grosset-Janin, 33, won the French RX title in 2013 before graduating to international competition. He finished second in the European Rallycross Championship in 2015 and 2016 driving for the Albatec Racing team.

“GCK has developed an awesome project, and for the team to have partnered with Prodrive's technical expertise gives me great confidence,” he said.

“Thanks to an innovative and bold technical design, the Megane RS RX looks super aggressive. When I first had a look at the car, I got really excited. It transcends the way of how things have been done so far, and represents what really gets me inspired and motivated: to think outside the box and dare to go big.”

Although he has contested individual events in the World RX Supercar category, 2018 will mark Grosset-Janin’s inaugural full World Championship campaign.

“Driving at a very high level is every child's dream and I’m impatient and ambitious to drive at the highest level of the world championship this year,” he continued.

Chicherit says Grosset-Janin’s experience will help the GCK team in its maiden campaign.

“I’m so stoked to have Jerome join us as my teammate – we’ll be a French force to be reckoned with," he said.

"He is a very experienced driver, he knows the sport and the tracks very well and brings quite a lot of experience to GCK.

"He’s already demonstrated he’s ready to challenge for a championship, so now it’s on GCK to deliver him a good car too.”

Prodrive’s latest creation is expected to be revealed to the public in the coming weeks.

"The test and development programme for the Megane RX is all going according to plan,” said Prodrive Motorsport Managing Director, John Gaw.

“The bespoke engine we have created met all its targets on the dyno and we are now going through the same process as we do with every new car we develop to ensure it’s exactly where we want it to be for its first race."