Solberg to continue in World RX in 2019 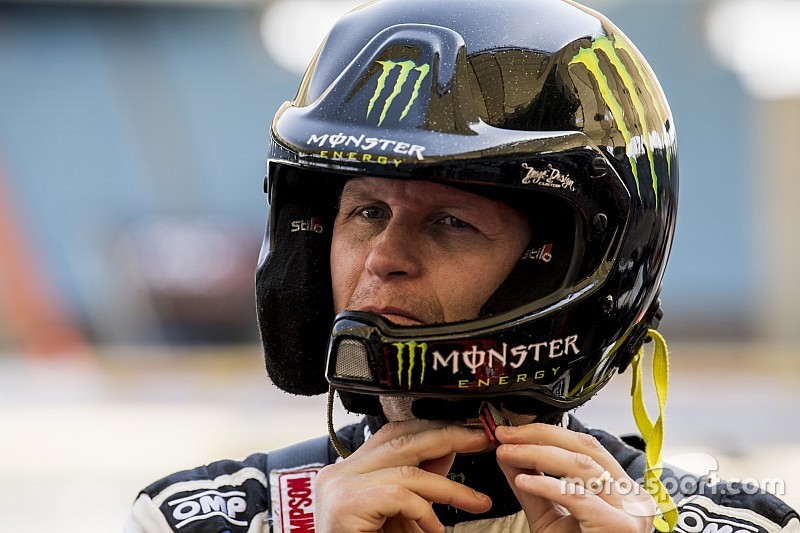 While Solberg’s PSRX Volkswagen Sweden team mate Johan Kristoffersson has claimed back-to-back World RX titles in the last two years, Solberg has only won one event, at Lydden Hill in May last year.

The Norwegian revealed last month that he has been suffering with lung disease Sarkoidose since being diagnosed a year ago, but he is feeling increasingly back to normal.

Despite admitting to considering the necessity to find a replacement driver during his illness earlier this year, Solberg has quashed speculation that he might be about to hang up his helmet at the end of 2018.

“Next year I will drive,” he told Motorsport.com. “I have a plan [for the future], hopefully that goes together with Volkswagen’s plan how we do it.

"We are having good discussions and we need stability for everybody to look at the long term.”

Asked if Solberg will head up his PSRX outfit, which is currently backed by Volkswagen in the series, as a team owner when he stops driving, the 2014 and 2015 champion said: “That’s the plan, I think the next role is to have the team to develop drivers to get them to world champions.

"To use all my knowledge with the car and setup and for them to be not going in the wrong direction at all, that’s the main thing. For continuing the success over the years, I think that will be my job.”

Solberg delivered his best performance of the season in Austin two weeks ago and only missed out on victory due to a mistake in the final.

He is currently involved in a fight for second in the points with Peugeot driver Sebastien Loeb and Audi campaigners Mattias Ekstrom and Andreas Bakkerud.

“I try to stay more away from Oliver’s racing when he’s driving. I focus on the technical side on the car with the mechanics but if there’s any disputes or any problems I never go in to anything,” said Solberg.

“He’s a kid, he has to learn, okay it’s hard sometimes but I think it’s best they fix that themselves. Oliver does his own sponsors, he does his own strategy. It shouldn’t be too easy.

"Doing RallyX Nordic is good, doing rally is good but coming to a world championship you have to be complete. He’s good enough to do it that’s for sure but I’d rather that he goes to another team.”