Volkswagen could return to the World Rallycross Championship as early as next year, if plans for the sport to switch to electric cars in 2021 go ahead. 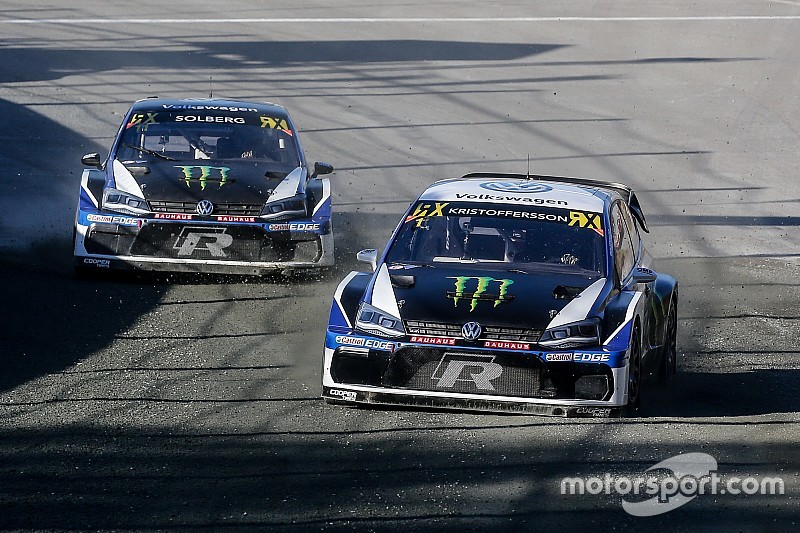 Petter Solberg’s Volkswagen-backed PSRX squad announced in December that it will sit out this year due to a lack of competition, following the departure of Peugeot’s works effort and Audi’s support for Mattias Ekstrom’s team.

While PSRX won’t field the Volkswagen-Motorsport built and run Polos with which it has won the last two drivers’ and teams’ titles in 2019, Volkswagen Motorsport is continuing to evaluate World RX’s proposed electric transition, but says it needs other manufacturers to join up if it is to commit.

“We have been supporters of this [EWRX] idea from the very beginning and as stated before we are continuing to be interested,” Volkswagen Motorsport director Sven Smeets told Motorsport.com.

“But it's not only up to us - we need more manufacturers which want to bring electric rallycross forward and to make a decision ourselves possible.”

Asked if Volkswagen could have a presence in World RX next year, if the electric switch is given the green light after the March 29 deadline, Smeets said: “Of course we would seriously think about that but we will look at that when needed.”

As it stands World RX will comprise non-manufacturer backed teams in 2019, but Smeets believes privateers entries can “deliver great sport” in the manufacturer-backed teams' absence.

“Of course with the exit of Ford at the end of 2017 and the absence of Audi, Peugeot and PSRX Volkswagen in 2019, the situation of the championship has changed dramatically,” he said.

“But to be honest, with a strong field of privateers on a par, World RX still can deliver great sport.

"For the championship it's important now to have a balanced competition with the necessary amount of cars.”

The German marque will continue to develop the four-wheel drive electric drivetrain used in its Pikes Peak International Hill Climb record-breaking ID. R, with a view to using the concept in the future.

The ID. R’s powertrain would be well suited to proposed technical outline for ‘EWRX’.

“Currently we are working on the further development of the ID. R and from this we will achieve a lot of learnings which would be valuable for a future E-WRX project or any other E project,” said Smeets.

“We have a few interesting ideas and we are working on a program [for the ID.R] for 2019.”