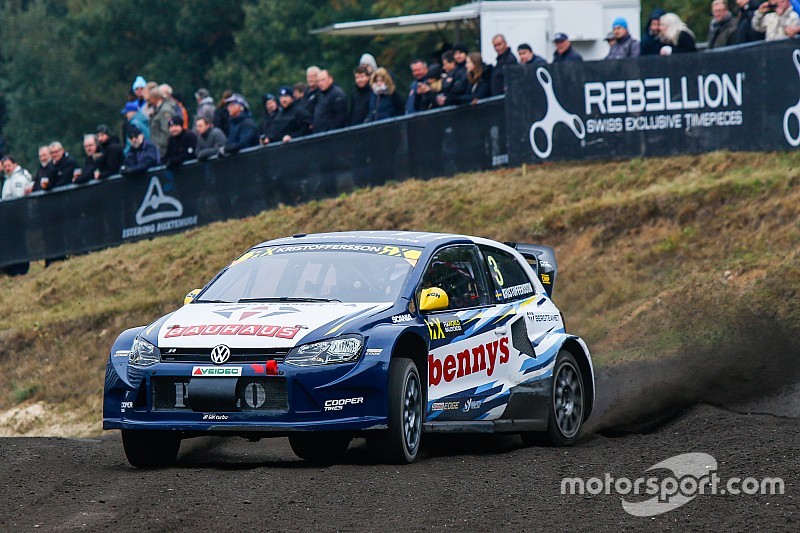 The Volkswagen RX Sweden team will not take part in the 2017 World Rallycross season, but Volkswagen Sweden itself hasn’t ruled out supporting a programme in the series next year.

The announcement brings an end to the amalgamation of Marklund Motorsport’s and Kristoffersson Motorsport’s World RX challenges, which was formed ahead of the 2016 season.

But, while Marklund Motorsport will run a European Championship effort next year, Volkswagen Sweden and the Swedish Volkswagen Dealers that supported the programme this year are still assessing its motorsport options for next term.

As the joint effort in this season, the Volkswagen RX Sweden won the French round of World RX at Loheac, and also finished second in the Drivers’ Championship standings with experienced circuit racer and rallycross driver, Johan Kristoffersson.

“We’d like to thank Marklund Motorsport for a successful year and a good cooperation, and wish them good luck with the European Championship,” said Sten Forsberg, head of Volkswagen Sweden.

“From our side, for many years in different ways we have had a major involvement in motorsport. Whether and in what form we will continue with that for 2017 is something we are currently looking at.”

Having finished third and second in the Drivers’ Championship in the last two years, Johan Kristoffersson is expected to seek opportunities to fight for the World Championship title next year, and has strong links with Volkswagen, together with his father, Tommy Kristofferson, although the Swede has given no indication of his plans.

The Volkswagen RX Sweden team, run by Marklund Motorsport, also intends to compete in selected rounds of the RallyX Nordic Championship, which is based predominantly in Sweden and has been won by OlsbergsMSE World Championship driver Kevin Eriksson for the last two years.

“I believe that to be a front-runner in World RX now you need to have factory support. Instead of investing a huge amount in the constant development of the car, I believe it’s better to give upcoming drivers more seat time to improve their skills. The European Championship is a good platform to prove their qualities,” said Marklund Motorsport team owner Jan Marklund in a statement.

“This season the team and our partners have put in an incredible effort to stay competitive throughout the whole campaign.

"With the team members and experience we’ve collected over the last three years, we aim to fight for podium finishes with our drivers in 2017.”