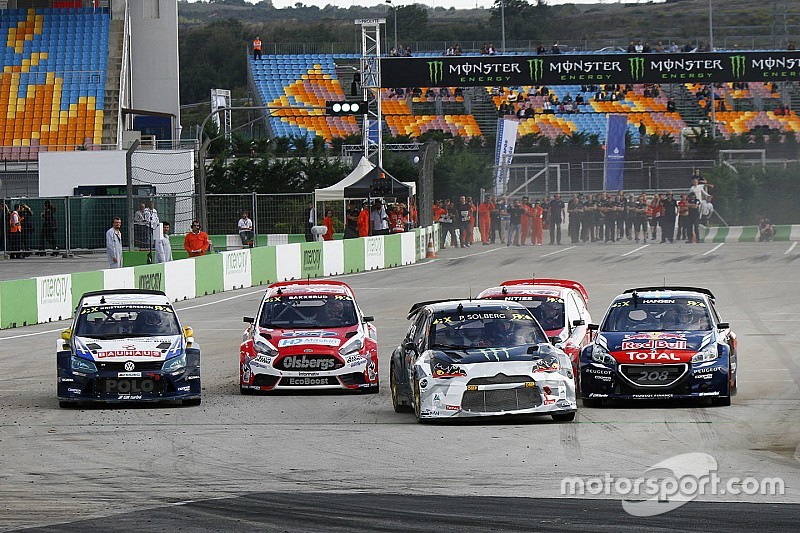 The Norwegian will run #1 on the side of his Citroen DS3 for the second year in succession.

Seven teams will compete for the teams’ championship in 2016, with Solberg, Swede Robin Larsson and British driver Liam Doran entering as individual entrants, as part of the 17 permanent driver line-up.

Double DTM champion Mattias Ekstrom announced on Monday that he will be joined by Finn Toomas Heikkinen in the EKS team this season in the Swedish outfit’s Audi S1 Supercars.

Ekstrom plans to compete in as many events as possible this season alongside his DTM commitments.

Of the three individual entrants, Solberg will drive his 2015 Citroen DS3, hopeful of attracting manufacturer support for 2016.

While Larsson will continue to race his privately-run Audi A1 and Doran will swap his LD Motorsports prepared Citroen DS3 for a JRM Racing Mini RX this season.

In addition to the World RX line-up, 23 drivers have signed up for a full campaign in the FIA European Rallycross Championship, which runs at five of the European-based World RX events.