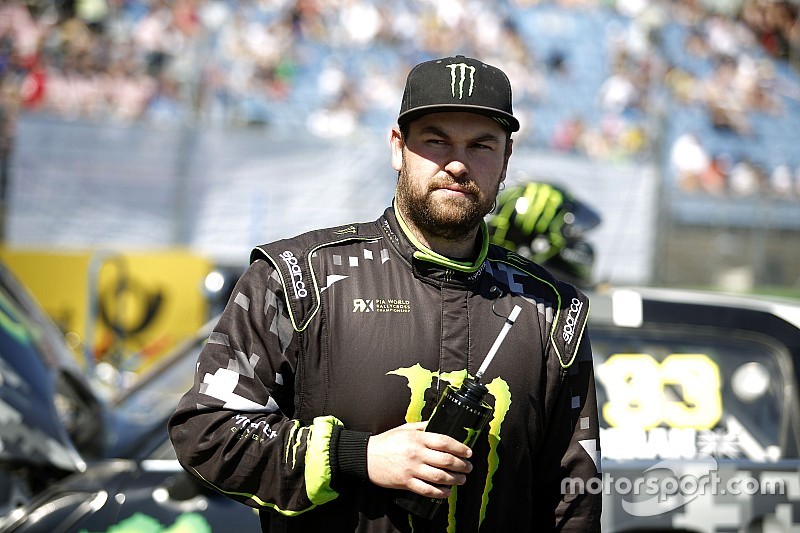 British World Rallycross driver Liam Doran has had his race license suspended and won’t participate in any competitive events this season.

Doran, 30, raced in a half-season campaign in the World Rallycross Championship last year, driving a JRM Racing Mini RX, and became the first British driver to win a World RX semi-final, but split with the squad in July after the Swedish round of the Championship.

In the same month, Doran also attended the Gatebil Festival in Norway to perform demonstrations in his World RX specification Citroen DS3 Supercar, but was involved in an altercation that has led to the suspension of his license.

The British driver has confirmed that the MSA (the governing body of motor racing in the UK) has suspended his license for this season for his involvement the Gatebil incident.

“My 2017 plans have been up in the air, but as the World RX season is about to get underway it is time I address what I am up to,” said Doran.

“After the ‘incident’ at Gatebil last summer, I was investigated. I presented my case, with much support of others involved, the MSA took full advantage and suspended my race license.

"I made apologies to those involved and obviously I know I messed up. It is really a shame that a non-racing event has in turn affected my racing career this way.”

Doran, a career rallycross driver that has won several European Championship events and claimed two X Games Gold Medals, has retrained the support of his main sponsor Monster Energy and will run his three-fold LD Motorsports team in the British Rallycross Championship this season, alongside commentating at World RX events.

“Monster has been great and will continue to support me. To take up my time this year I will be commentating on some World RX events, starting this weekend in Barcelona.

"It will definitely be interesting being on the other side of the mic, and hopefully I don’t give away too many drivers’ secrets! I’m also running three cars in British RX.

"I really enjoy working on the cars and helping to develop the drivers. I will also be doing, well, anything I can without a race license.”

The British driver previously had his license temporarily suspended in 2014 after advancing onto a live circuit at his home round of World RX 2014 at Lydden Hill to attend to his father Pat, who was taking part in a Group B demonstration race in a Ford RS200, which due to a fuel leak was sent into a blaze of flames.

“I am trying to look at this as a reset button,” continued Doran. “I have had a rough few years, something had to change; this year may be what I need to get luck back on my side. Don’t get me wrong, I’m gutted.

"I know there are a lot of haters out there, but for everyone involved and that knows the real story I appreciate the continued support. I am looking onto bigger and better things and getting back behind the wheel.”

Ekstrom: WRX pecking order to remain unclear until after Round 3