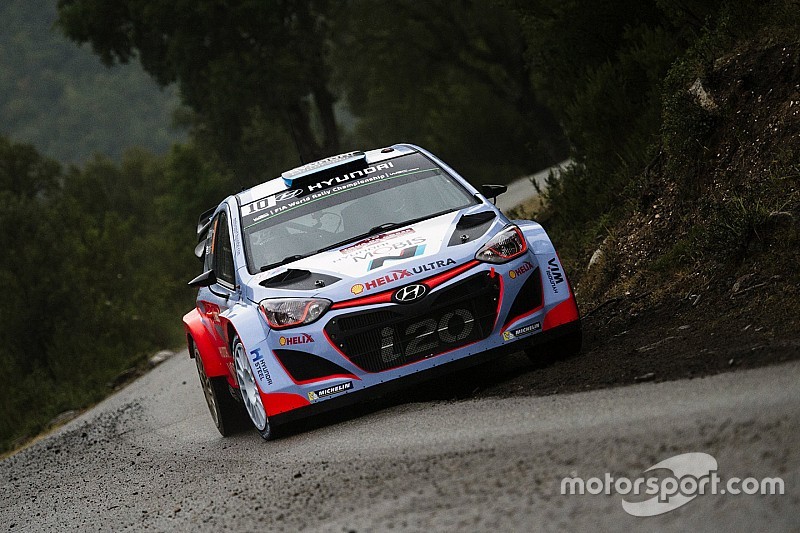 Hyundai has confirmed its test driver Kevin Abbring will get his first two WRC outings of the year in Portugal and Italy as part of an expanded four-car line-up.

The Dutchman contested four rallies for the team last year, his first at WRC level, securing best finishes of 11th place in Sweden and Germany and running as high as second in France until a crash.

Alongside his development duties for Hyundai, Abbring will contest three rounds of this year's championship, beginning with Portugal and Italy, with the third yet to be decided.

He joins team regulars Thierry Neuville, Dani Sordo and Hayden Paddon, albeit in last year's i20 model that Paddon drove in Monte Carlo before getting his hands on the 'New Generation' machine.

“I am very excited to have the first two of my three rallies this year in Portugal and in Sardinia," said Abbring. "The two rallies are right after one another so I should benefit from the momentum going from one event to the next.

"We gained some really positive WRC experience last year, so my objective for Portugal will be to get into the rhythm as soon as possible and then achieve a top 10 classification."

Team principal Michel Nandan added: “At the beginning of the year, Kevin was very busy with R5 testing, which was the absolute priority, but now we are a bit further into the season we have more spare time to offer him some WRC events.

"We have decided on Portugal and Sardinia because they will offer him a useful learning experience on gravel.

"It’s a car that Kevin already knows well, feels comfortable with and which will offer him the best chance to achieve a good result."