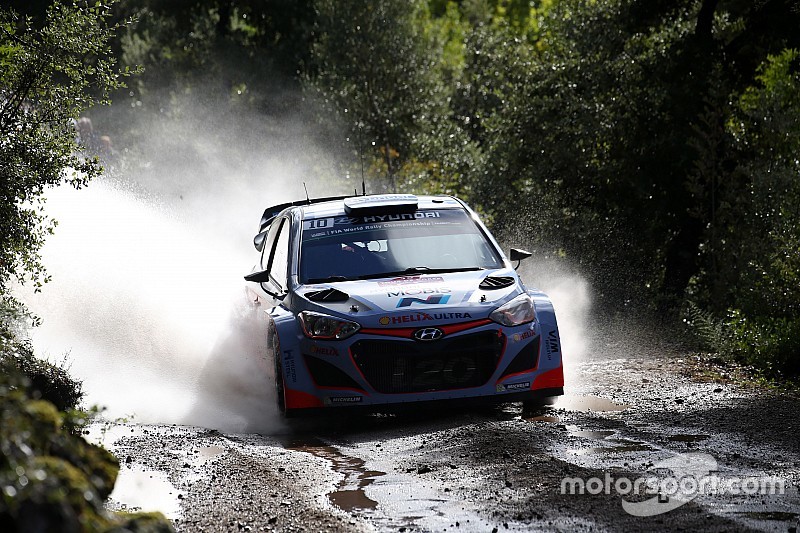 Dutch rally driver Kevin Abbring will continue working for the Hyundai WRC squad as a test driver - and is set to get competitive outings in both the new i20 WRC and the WRC 2-spec R5.

Abbring, 26, worked on the Hyundai WRC machine in 2015 and took part in five rallies, finishing 11th in Sweden and in Germany.

He ran as high as second in Rally France, but lost the chance to score his first points due to a crash.

"Kevin will still be the test driver and we’ve made an agreement with him to do some rallies next year," confirmed Hyundai team boss Alain Penasse.

"But the new calendar means we have to reorganise everything, so we have to look at all the possibilities and recalculate what is possible."

The introduction of Hyundai's new i20 WRC challenger, which will be unveiled on December 9, is likely to cut into Abbring's chances of running in the main class.

"A completely new car for next year means it will be very, very difficult for Kevin to drive a WRC in the first part of the year," Penasse added. "Later in the season is also not possible because we now have so many rallies.

“We can’t use the same chassis for all rallies, so we swap the chassis around which lowers the possibility to have Kevin driving at these rallies. We maybe get him driving in the summertime a bit more."

Abbring, however, is all set for outings in Hyundai's new R5 challenger, eligible for WRC 2.

While Penasse confirmed the team will not be doing a full WRC 2 season, Abbring and the R5 could get a run in the European Rally Championship.

The Dutchman contested seven rallies in ERC in a Peugeot 208 in 2014. He retired from five of them, but finished the other two on the podium. He entered the Ypres Rally in a Citroen in 2015 and ended up crashing out.

Hyundai will keep all three of its current full-time entrants for the 2016 season, but 2017 could offer opportunities for Abbring or other contenders.

While Hayden Paddon has been tied down on a three-year deal after an impressive 2015, Dani Sordo's contract runs out at the end of next year - and rumours have been swirling regarding the future of Thierry Neuville.

Neuville gave Hyundai its first win of its return campaign in Germany in 2014, but has endured a difficult 2015 season.

Following criticism from Penasse, Neuville was dropped from the main line-up for the season-ending Rally GB to "rebuild confidence" and subsequently crashed out of the rally.