Abbring to sub for injured Sordo in Finland 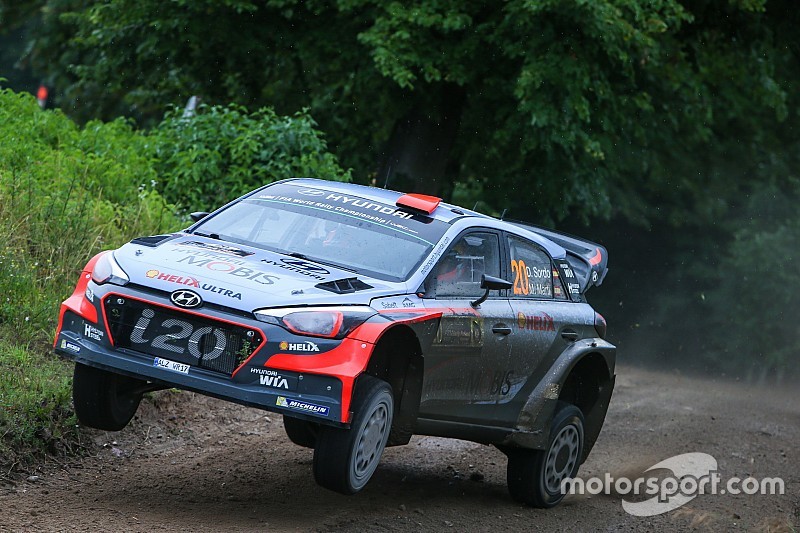 Hyundai factory driver Dani Sordo will miss the upcoming round of the World Rally Championship in Finland, with Kevin Abbring called up as the Spaniard's replacement.

Sordo, who currently sits fifth in the championship standings, fractured a vertebra in a crash in a pre-event test for the Jyvaskyla-based event.

Hyundai's team boss Michel Nandan noted that Sordo skipping Finland was a "mutual decision", taken so that the Spaniard can recover in time for Rally Germany - the site of his only WRC win so far.

"Dani is recovering well from his injury and is making good progress," Nandan said. "However, it is important that he recovers fully so we have made the mutual decision for him to miss Rally Finland.

"This will allow him to be at his best for Rallye Deutschland in mid-August.

"After a detailed analysis of the car, we have identified the technical problem that led to Dani’s crash. The specific parts are under investigation and we have already taken steps to ensure there will be no repeat of the issue."

Hyundai's test driver Abbring will thus run the #20 i20 WRC in Finland, making his third appearance of the season and his first in the new-generation car.