Argentina WRC: Tanak closes in on victory, Meeke in trouble 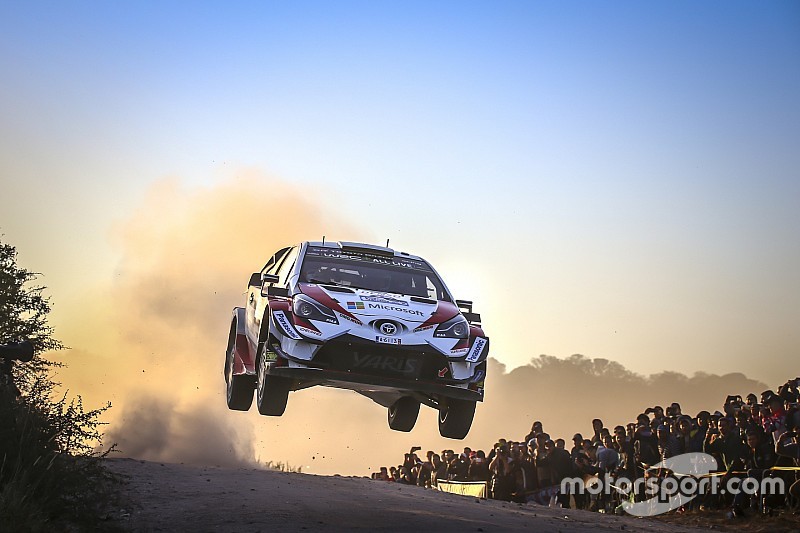 Ott Tanak will carry a 46.5-second lead into the final day of Rally Argentina despite a few worries about his Toyota, as Kris Meeke dropped out of podium contention.

Tanak continued his streak of stage wins on the first two parts of the loop, but was only fourth quickest on the long Cuchilla Nevada stage.

He briefly lost power steering during the early miles, and had also shed all the oil from one of his car's dampers.

Tanak was still able to stay comfortably clear of a podium battle shaken up by drama for Meeke on the same stage.

Meeke tumbled from third to eighth when he had to stop to change a puncture after striking a rock in his Citroen.

That moved stage winner Dani Sordo up to third, 21.7s behind his Hyundai teammate Thierry Neuville.

Meeke's delay was a further blow to Citroen after it had to retire Craig Breen's car at the midday service having discovered roll cage damage from his morning crash.

Esapekka Lappi moved past Elfyn Evans into what became sixth place on Cuchilla Nevada as he recovered from his morning mistake.

Behind Meeke, Teemu Suninen and WRC2 leader Kalle Rovanpera complete the top 10, the latter holding a 23.2s over Skoda teammate Pontus Tidemand before the final day.