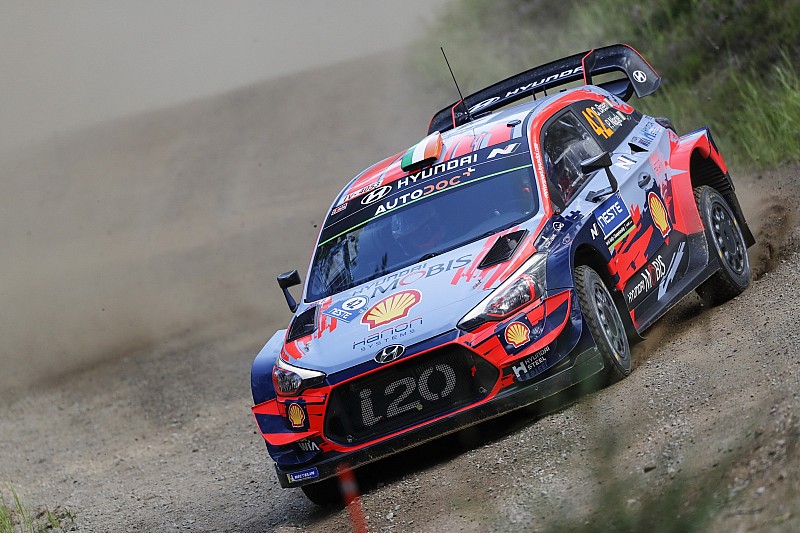 Hyundai has confirmed Craig Breen will return to a factory i20 Coupe WRC for next month's Wales Rally GB.

The Irishman made his debut with the Korean manufacturer at Rally Finland in July.

Delivering an impressive performance, Breen ran in the top five for much of the Jyvaskyla event before dropping to seventh at the finish to promote his championship challenging teammate Thierry Neuville.

Hyundai has also confirmed its decision to drop Mikkelsen for a third time this year. The Norwegian will miss Rally Spain, where the team will run with Neuville, Dani Sordo and last year's winner in Salou, Sebastien Loeb.

Breen is no stranger to the Welsh stages, having started Rally GB eight times in his career and celebrated two world titles in the principality – the 2011 WRC Academy and SWRC crown the following season.

Fourth in a Citroen C3 WRC last year, the Waterford star will be looking to go one better and challenge for a podium when he starts from Llandudno on October 3.