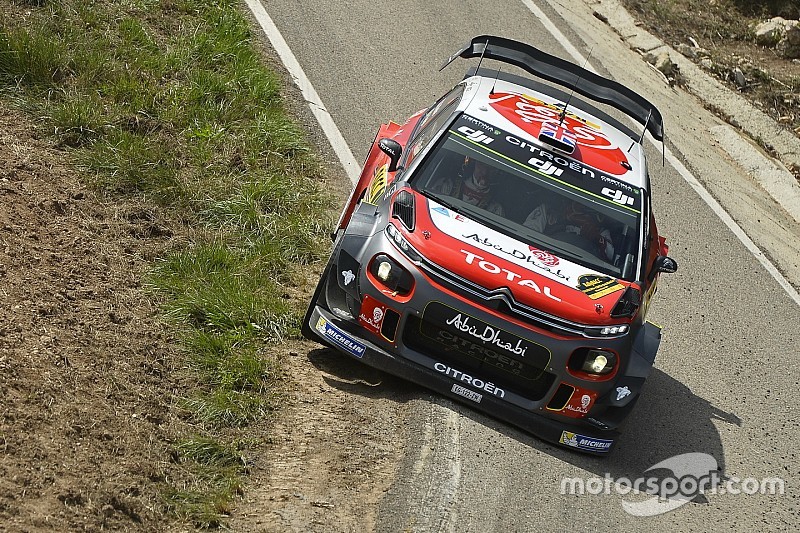 Despite setting the pace throughout the morning, Meeke lost what he reckoned to be around four seconds at the infamous Coll de la Teixeta roundabout where drivers do a donut as part of a stage.

He extended his lead from 13s overnight to 23.9s by the end of the loop.

Meanwhile, title contender Neuville retired from the event after hitting a rock on the last stage of the loop.

Behind Meeke, the M-Sport battle rages between Ogier and Ott Tanak, with the former ahead by 1.8s with three stages to go, and set to extend his championship lead over Neuville by at least 18 points.

Thanks to Neuville's issues, Toyota driver Juho Hanninen’s fourth place is safe, as he is 1m24.2s clear of Mads Ostberg in fifth.

Stephane Lefebvre is up to sixth, benefitting from Hanninen's teammate Esapekka Lappi crashing in the second stage of the day, SS15.

Elfyn Evans is struggling after some radical setup changes aboard his DMACK Ford Fiesta, and he’s the last 2017 WRC car in the top 10 in seventh.