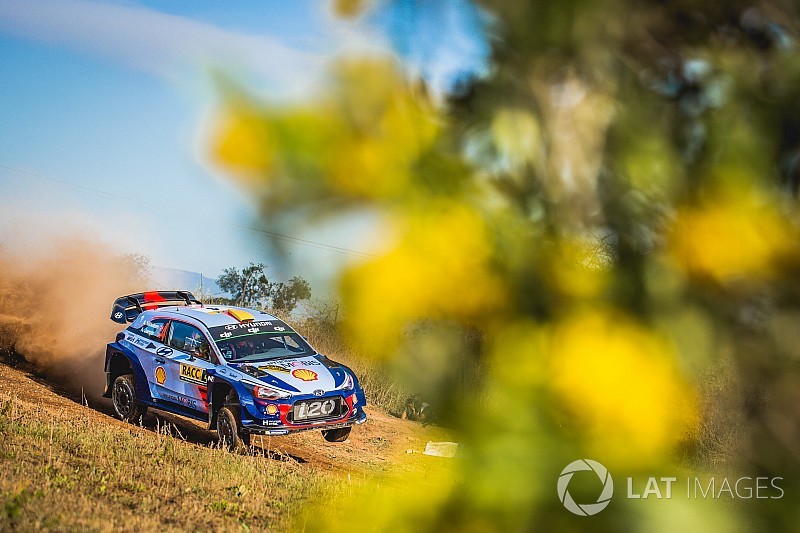 Andreas Mikkelsen made a dream start with his new WRC team Hyundai, leading Rally Catalunya after the first loop of stages on Friday morning.

The start of the calendar' s only mixed-surface event of the season was blessed with sunshine and blue skies – just the sort of conditions championship leader Sebastien Ogier feared the most, with him running at the front of the field and sweeping the loose gravel aside.

Typically, Ogier wasn’t far away and a stunning time from first on the road through the longest test of the loop – the 24-mile Terra Alta test – kept M-Sport’s championship leader right in the thick of the fight.

Sixth fastest on stages one and two, Mikkelsen stormed through SS3 and into the lead.

Mikkelsen was one of six drivers with four hard tyres beneath him for the longest stage and he made full use of them and a slightly cleaner line which came from running ninth on the road.

“It’s been a good morning,” said Mikkelsen. “I made some changes to the car before the long stage, worked a little bit on the differential settings and this helped. I am starting to feel more and more at home with the car now.”

Mikkelsen is just six tenths of a second ahead of his Norwegian countryman Mads Ostberg, who has been struggling with dust flying into his car through a hole in his Ford Fiesta.

“I can’t see where I’m going,” he said. “I could have been much faster; my co-driver can’t speak and we can’t breathe!”

Ogier is four seconds down on Ostberg, with teammate Ott Tanak fourth after a puncture scare for the Estonian on SS3.

Britain’s Kris Meeke is the top Citroen in fifth place after a trouble-free morning, while local hero Dani Sordo in sixth had a suspected steering problem on his Hyundai halfway through Terra Alta.

Hyundai's championship contender Thierry Neuville was a further 3.5s down, the Belgian the only driver to select six soft tyres for the morning loop.

The top Toyota of Jari-Matti Latvala was only eighth, 4.4s ahead of teammate Juho Hanninen, as Esapekka Lappi lost 45 seconds after losing his brakes.

Elfyn Evans rounded out the top 10 after struggling for grip in his DMACK Fiesta.

In WRC2, Teemu Suninen has established a lead of almost a minute.

Meeke would welcome Ogier at Citroen in 2018