DMACK to step back from full-time WRC programme 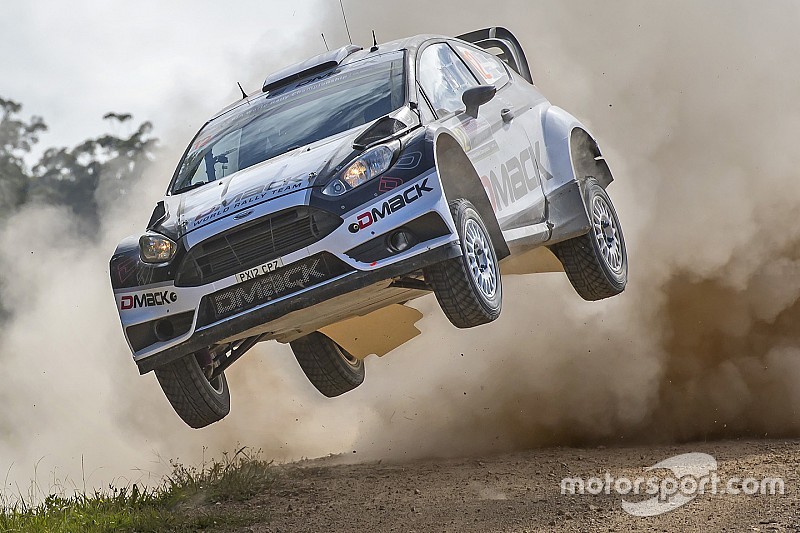 British WRC team and tyre manufacturer DMACK will step back from a full-time commitment in the series in 2018, following its maiden victory in the category in Wales Rally GB.

The Cumbrian tyre firm has been Michelin's only rival at the WRC's top level in recent years, as it has entered a third M-Sport-run Ford under its own banner for the past two years.

The team was eighth with Ott Tanak in 2016, and its 2017 driver Elfyn Evans is currently fifth with one more rally remaining.

For 2018, DMACK managing director Dick Cormack says the team is looking to sign a deal with a manufacturer for a part-time season or alternatively enter selected rallies with a privately-run car.

"But now it's time to step back from there; the commitment to competition this season has taken its toll on our test programme.

"This in no way means we're walking away from the WRC and if we can't find [a manufacturer] agreement then we will pick out some events and try to win those with a hired car."

While DMACK could move away from Ford next year, Cormack admitted supplying the whole operation of a WRC manufacturer is not on the cards.

"We're talking to Malcolm [Wilson, M-Sport team principal] about next year, of course we are, but he understands there are other teams out there," said Cormack.

"We know we're not ready to supply a main manufacturer for a full season yet.

"We know we have to work on certain areas before we get there, but as we've shown this year we have a rally-winning tyre which on a [manufacturer's] third or fourth car could be extremely valuable in terms of championship points next season."

Cormack said his firm now wants to focus on further development of its tyres and its customer base.

"It's time for us to focus on further development in areas like our asphalt tyre and to be returning to the core customer base in areas like WRC2.

"We have investors and shareholders we have to satisfy and, understandably, they want a fresh focus on the commercial side of the company.

"Our focus on winning the world championship remains absolute, but what we need next year is a season of development and reconnection with our key markets."