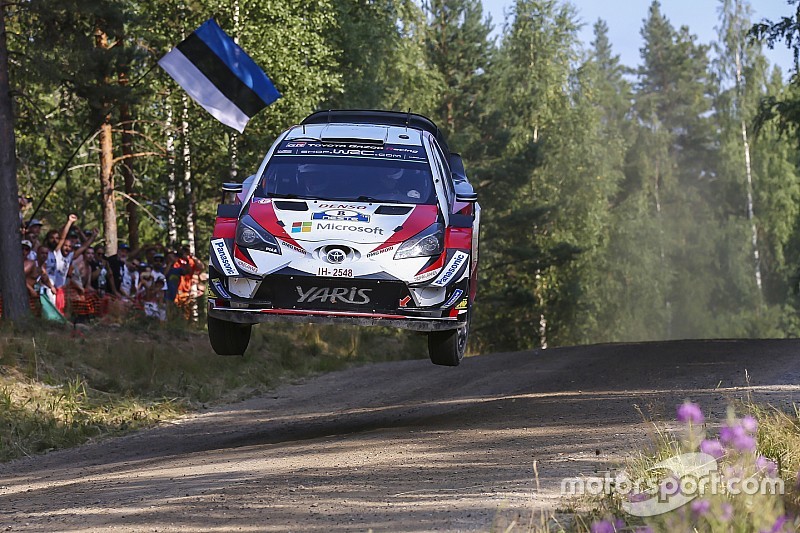 The FIA will meet with World Rally Championship event organisers in Germany this weekend to discuss better methods of measuring stage safety following criticism of the use of average speeds.

The route for last month's Rally Finland was altered significantly to feature twistier, narrower roads that lowered the average speed. Many drivers questioned whether this was genuinely safer.

The road changes superseded the chicanes inserted to cut speeds in Finland in 2017 following Kris Meeke's record-breaking 2016 winning run at an average of 78.68mph. This year's average speed was 2.52mph slower with the new route.

The FIA recommends that stages' average speeds do not exceed 130km/h (80mph), which led to the cancellation of the second run of the Knon stage in Sweden in 2017 when Ott Tanak won its first use at an average of 138km/h (85mph). Drivers argued the high speeds all came from a long straight section that was not unsafe.

"That stage wasn't dangerous, and I don't think there's a safety issue when we're using the wide roads in Finland," Tanak told Motorsport.com.

"Finland is fast, we know that. But with these cars, everything is stable and they're nice to drive. I have never felt there's been any question for the safety at that rally.

"The average speed doesn't show so much. There are more and more dangerous places where the trees are very close [in the narrow sections]. These are the bad places – the wide road doesn't make the route dangerous. Look at Corsica, there is a narrow road and that's more dangerous."

Citroen's Craig Breen agreed the time had come to change how stage safety was assessed.

"That stage in Sweden last year, that was one of the safest stages of the championship," he argued.

"The speed is not the ultimate element of danger, it's the need for an eye for the detail and looking at this and saying: 'Yes, that's dangerous,' whether that's a corner or a section or whatever.

"That's what we need, not somebody sitting down and looking at a sheet of paper or a graph or whatever and saying: 'That's too fast!'

"Using the smaller roads in Finland brought the average speed down, but it doesn't make them safer.

"I'm in favour of those and not the chicanes from last year, but the majority of the time it's not the speed that's bringing the danger, it's another element on the stage and that's what we need to focus on."

WRC champion Sebastien Ogier said the 2017 Finland chicanes had been "bullshit" but backed this year's solution.

"Anything artificial in the stage is shit for me," he said.

"A lot of the new sections were nice and challenging but when you go wider and wider it's just super-quick and it this makes a high level of risk and danger."

FIA rally director Yves Matton made clear that Finland had changed its route of its own volition rather than because of a governing body order, and hoped the Germany meeting would produce a workable solution.

He underlined that the 130km/h mark was "not a finite or a final measure" but added: "when the average is this high, for sure you have many corners in there where the speed is very, very high and this is dangerous. I think you can only agree that the faster [the road] is, the more dangerous it is.

"I want to discuss what can we do to improve this, while keeping the stages as natural and enjoyable for the drivers and avoiding the most dangerous places."