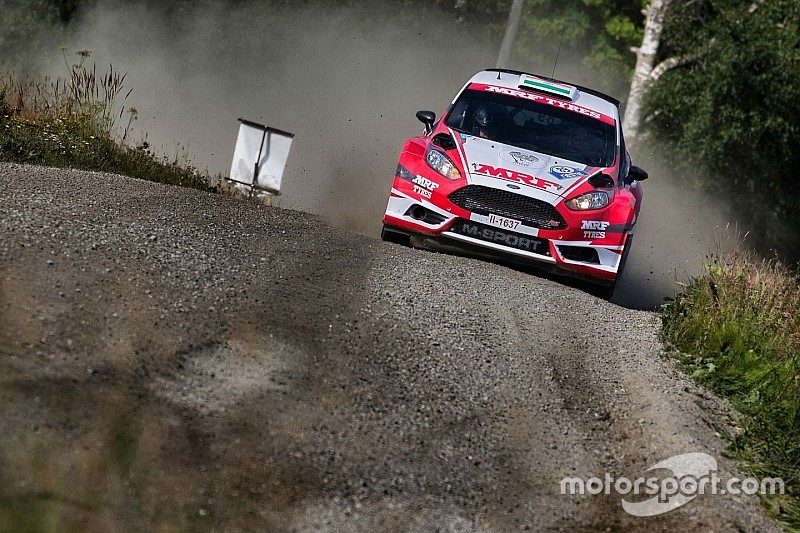 Driving a M-Sport-prepared Ford Fiesta in the WRC2 class, Gill started the Rally Finland strongly on Thursday, setting the 13th fastest time during the 2.31km super special stage on the city streets of Jyvaskyla.

A technical issue on Friday meant the car had to enter service at the midday point, but it was back and running in time for Saturday’s stages.

Gill improved his pace over the course of the day, gaining as much as 25 seconds in one stage during the day’s second loop.

Sunday went smoothly for the New Delhi-based driver, who brought the car home successfully with a total time of 3hr18m27.7s, 19.1s adrift of the next highest-placed driver and just over 12 minutes off a spot inside the top-10.

Speaking at the conclusion of the event, Gill stressed on how contrasting the Finland stages were to the ones he experienced in Italy.

“Finland is about confidence - the roads are so fast and there are so many jumps that you need the confidence to be on the pace,” he said.

“We were gaining confidence over the weekend and you can see we improved a lot on our second runs through the loops.”

“Additionally, the MRF Tyres worked well on the stages which gave us the confidence to push. I am happy with the weekend and we certainly have a lot more information to  the further develop our tyres.”

Gill and homegrown manufacturer MRF will next be seen in action at the Wales Rally GB between October 4-7.

Both Gill and MRF have repeatedly stated that 2018 is merely a development year for the squad before they mount a serious WRC2 challenge next season.