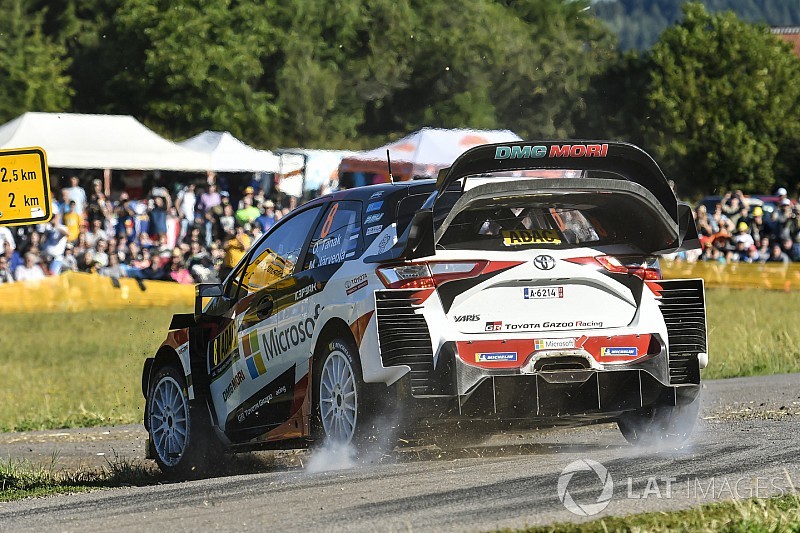 Tanak won every one of the three stages run in the afternoon to extend his lead to 12.3s over Ogier, who continually finished a distant second to the Estonian.

The current WRC champion grew into a lonely second place by consistently outpacing Neuville and open up a buffer of over 15s.

Neuville showed no ill effects of a turbo-related oil leak that stopped him between stages earlier this morning.

M-Sport's Elfyn Evans holds fourth overnight by just one second, building on his morning loop's performance and doubling his gap to the chasing Jari-Matti Latvala on the final stage.

While Latvala did not make any positions up in the afternoon, he grew in confidence after tweaks to his front-differential set-up allowed him to have greater confidence in his Toyota.

That helped him remain clear of Hyundai's Dani Sordo, who spent much of the afternoon swapping time with Toyota's Esapekka Lappi.

Sordo held sixth by just over one second as Lappi again admitted to being scared of finding the limit on Germany's asphalt.

Craig Breen edged out Hyundai's Andreas Mikkelsen by just one second for eighth, with the Citroen driver's strong run to sixth in the Mittelmosel stage crucial to that result.

Teemu Suninen was 10th as Mads Ostberg lost swathes of time after Citroen erroneously replaced his front bumper and compromised the air intake for his engine.