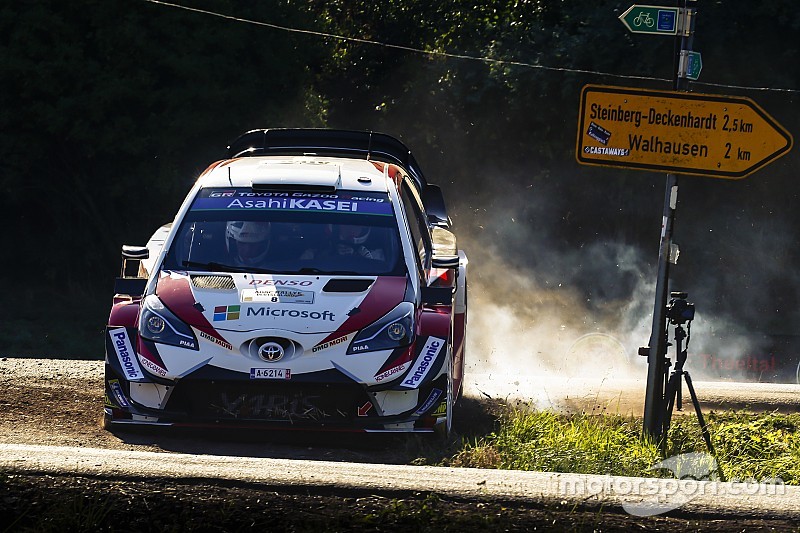 Ott Tanak was fastest on Rally Germany's opening superspecial, which for a long time looked like it would again by topped by WRC2 driver Jan Kopecky.

But Kopecky was eventually pipped by Dani Sordo's Hyundai and then Toyota driver Tanak beat both to take the early rally lead.

Tanak, dominant winner of the previous WRC round in Finland, felt the St Wendel stage was one of the worst and tightest superspecials he had ever experienced but ended it 0.4 seconds ahead of Sordo and 0.6s up on Kopecky.

Neuville's title rival Sebastien Ogier headed for service four places ahead in fourth, with Andreas Mikkelsen, Craig Breen and Esapekka Lappi between them.

Jari-Matti Latvala was only eighth in the remaining Toyota having clipped a hay bale and then briefly stopped.

Mads Ostberg brought up the rear of the WRC field and reported a lack of power in his Citroen.