Ex-Toyota driver Juho Hanninen will co-drive for Jari-Matti Latvala on Rally Sweden in a privately-run Yaris WRC next month.

Latvala was dropped by the works Toyota line-up for 2020 as the Japanese manufacturer opted to sign an all-new line-up of Sebastien Ogier, Elfyn Evans and Kalle Rovanpera.

The Finn soon revealed plans to tackle a limited programme in a self-run Yaris WRC however, and is confirmed for Sweden and Finland at least.

His Rally Sweden entry has been made under the 'Latvala Motorsport' banner.

“Juho is really good for the co-driver [role]," said Latvala. "His pacenotes are always perfect, but it’s also helping that he is a driver as well.

“He still has the kind of feeling from the driver and, when we were testing, this was always helping with the set-up work.”

Hanninen won the 2011 Intercontinental Rally Challenge before the series became the European Rally Championship, which he won in 2012, both titles coming in Skoda Fabia S2000s.

After a long period of testing WRC cars including for Hyundai, Hanninen undertook most of the development running of the current-gen Toyota Yaris prior to its introduction in 2017.

He drove for Toyota alongside Latvala and Esapekka Lappi for the 2017 season before he was dropped at the end of that season, having scored a best result of third in Finland.

Hanninen made a one-off return to the WRC in Italy last year at the wheel of a Tommi Makinen Racing-run Yaris WRC, but did not finish the event. 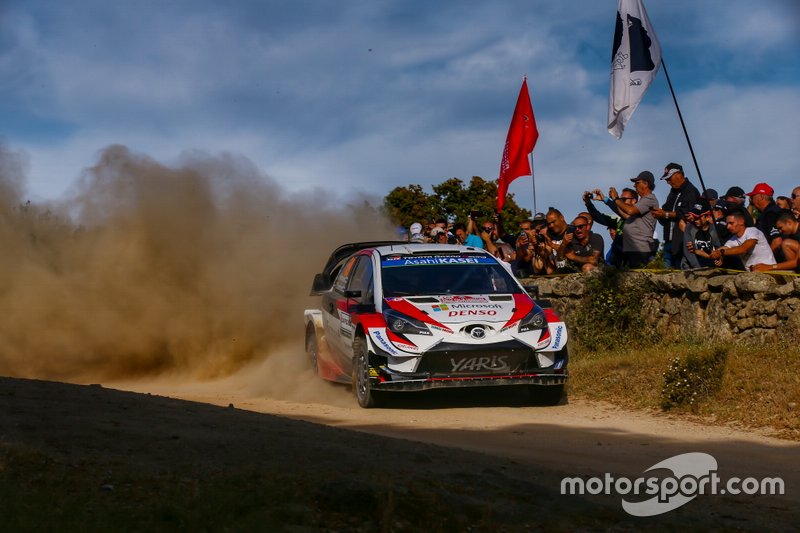