Hyundai has revealed the 2020-spec i20 Coupe WRC with which Ott Tanak will attempt to defend his 2019 title.

The Korean manufacturer will once again field three works cars on every rally this year, with Toyota convert Tanak and Thierry Neuville contesting all rounds.

Long-time Hyundai man Dani Sordo and nine-time World Rally champion Sebastien Loeb will share a third car, with the exact division of events between the two yet to be revealed beyond this month's Monte Carlo opener, where Loeb will partner Tanak and Neuville.

Team boss Andrea Adamo commented: “We had an extremely successful 2019, but the slate is wiped clean again as we prepare for 2020.

"Our aims for the coming season are clear: to fight for victory in each of the events on the calendar and to mount a challenge for the drivers’ and manufacturers’ titles. We know the ferocity of the competition will remain intense, so we have to make sure our technical package is as strong as possible.

"We have arguably one of the strongest crew line-ups in WRC with Thierry, Ott, Dani and Sebastien; it is a reflection of Hyundai’s reputation in international motorsport that we are able to attract such a calibre of talent. I, for one, am tremendously focused on what the coming season will bring.”

Tanak tested the Hyundai for the first time in December after his shock defection from Toyota, which came after he sealed the Japanese brand's first WRC drivers' title since 1994.

“I have had some time to settle into my new home at Hyundai Motorsport, and I have certainly received a warm welcome," said the Estonian. "It’s never easy to get up to speed when you change team, but I feel we are heading in a good direction.

"The team has already demonstrated its capability of performing at the front of WRC by winning the manufacturers’ title. My first impressions of the car have been very positive, and I am convinced, together, we can compete for the titles this year.” 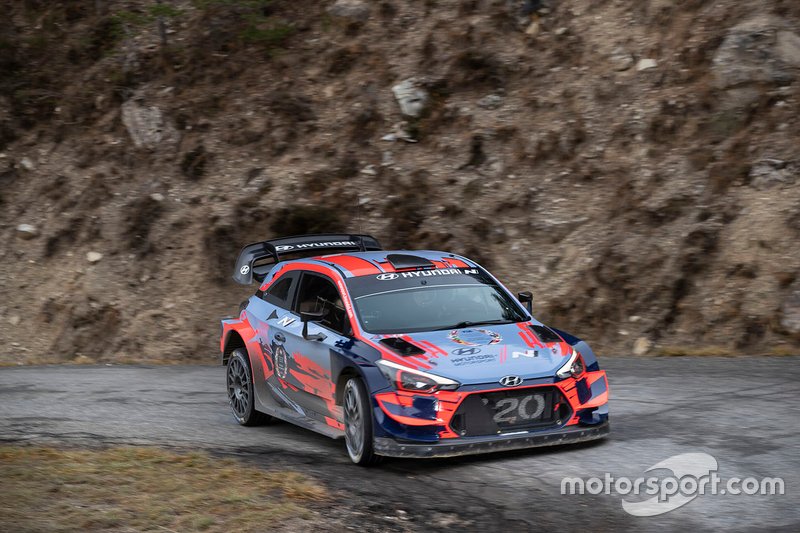