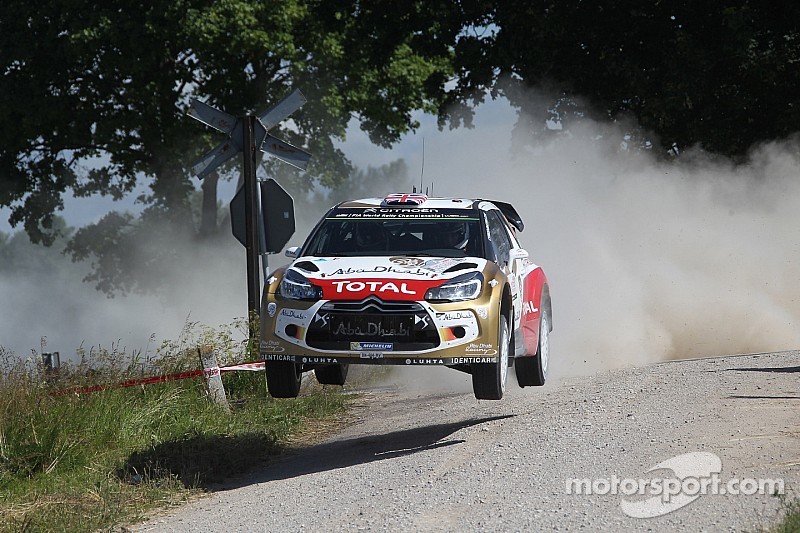 Rally Finland got underway this afternoon in Jyväskylä with a short leg featuring four stages.

After the shakedown, the pre-event press conference and a video session to prepare for the start of the race, the crews lined up at the start of Rally Finland. Shortly after 3pm, both DS3 WRCs set off on the stages just as a storm hit Jyväskylä.

Driven by the wind, heavy rain fell during the first stage before the clouds cleared quickly to leave blue skies.

Kris Meeke coped very well with the difficult conditions. Second fastest on the opening stage, he ended the day in the top 3, less than ten seconds behind the leader, having already established a sizeable lead over his nearest challengers.

Less pleased with his times, Mads Østberg attempted to improve his set-up without managing to make up much ground on the frontrunners. He headed back to Jyväskylä in seventh overall, determined to buck the trend quickly with the help of the technical team.

In the WRC2, Sébastien Chardonnet and Thibault De la Haye picked up a puncture on the first stage. They nonetheless managed to end the day in fourth place in the category in the new Citroën DS3 R5.

The Slovakian Martin Koci put together a series of stage wins to get off to a superb start in the Junior WRC. In his Citroën DS3 R3, he led from Frenchmen Stéphane Lefebvre and Quentin Giordano.

Kris Meeke: “I’m pleased to be right in the middle of the fight for first place. For the time being, my goal is not to try and win stages. I hope I can get to the end of the rally without any problems, whilst staying in touch with the leaders. I feel that I’m improving and things are coming together. The new stages tomorrow are going to be very interesting.”

Mads Østberg: “I was quite happy during the first few kilometres, but the times didn’t bear out my feeling in the car. We tried to adjust the set-up between each stage without really finding a solution. Obviously, I’m disappointed with today’s leg, although I know there’s still a long way to go in the rally. We’ll just have to work our way up the standings.”