Kris Meeke on course for a podium finish 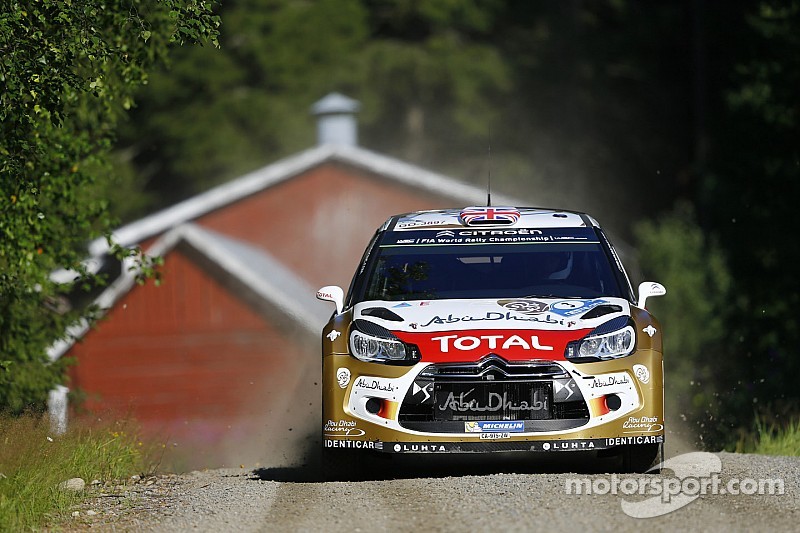 Mads Østberg and Jonas Andersson were forced to retire midway through the leg after the roll cage of their DS3 WRC was damaged on landing after a jump.

Never out of the top 3 of the overall standings since the very first stage, Kris Meeke continued to set his own pace, drawing on the experience acquired last year in the DS3 WRC. Focused on his own objectives, he returned to Jyväskylä third overall, almost a minute ahead of his nearest challenger.

As he battled hard to regain fourth position and having moved clear of Mikko Hirvonen, Mads Østberg’s challenge ground to a halt when an impact after landing a jump damaged his car’s roll cage on SS18. Diagnosed at the midday service, the problem forced the Norwegian out of the rally.

In the WRC2, Sébastien Chardonnet and Thibault De la Haye were on course to take second position in the category when they went off on Surkee 1 (SS16). Their retirement from the rally was confirmed in the afternoon.

Martin Koci continued to dominate the Junior WRC in his DS3 R3. After Simone Tempestini went off, Quentin Giordano inherited second position, ahead of Molly Taylor in third.

Three stages and just thirty-six kilometres make up the final day’s schedule at Rally Finland. The cars set off from parc ferme at 8.15am, with the Power Stage televised at 1.08pm and the podium in Jyväskylä due to take place at 3pm.

Kris Meeke: “I am very pleased to be in third place, just thirty seconds behind the leaders after three days’ racing. It’s fantastic! We have managed to maintain really good pace since the start of the rally. Now we have to make sure we get the result. And if anything happens up ahead, we’re ideally placed to take advantage!”

Mads Østberg: ”It’s very disappointing. The start of the rally was pretty difficult but we had managed to find a very good rhythm. We were fighting for fourth place with Andreas Mikkelsen and Mikko Hirvonen and I felt really good on the stages. Unfortunately, an impact damaged the roll cage after landing a jump.”

Latvala's lead shrinks on the penultimate day of Rally Finland

M-Sport fight on in Finland