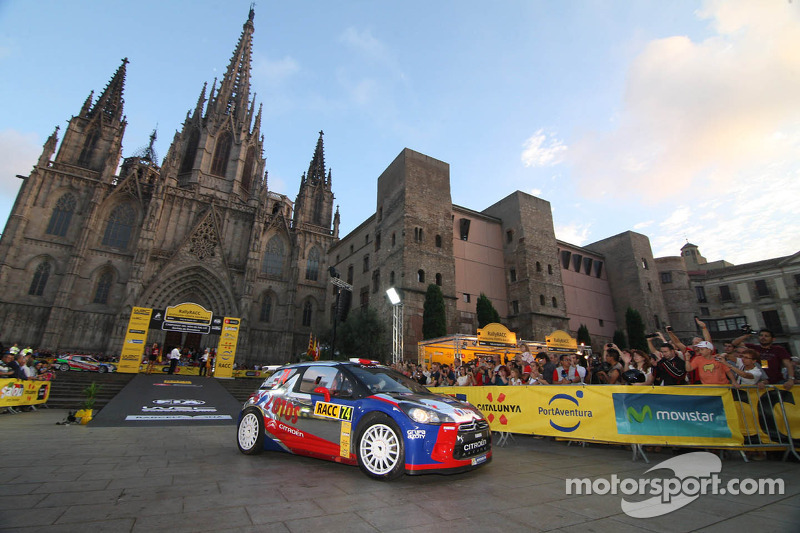 Former Formula One driver Robert Kubica takes his fifth victory in his debut season with Citroen, and claims the 2013 WRC 2 championship.

Robert Kubica's victory today in the WRC 2 category of Rally de Espana was sufficient to clinch the world title in his debut season.

It was the fifth WRC 2 win of the year for Kubica, who drives a Citroen DS3 RRC, and gives him an unassailable lead in the championship ahead of November’s final round in Wales.

“This wasn’t the target at the start of the season but somehow I knew that if I was able to learn quickly on gravel I could do a good result,” he said.

“I was pretty sure that on tarmac I was quite competitive but the rallies in the World Rally Championship are completely different to each other. In the end we managed five wins and one second place from the six rallies that count for the championship - so all good.”

Apart from a broken handbrake that affected his pace in tight corners, Kubica had a trouble-free rally. His rivals however fared much worse.

Elfyn Evans was Kubica’s closest challenger until he took a wheel off his Ford Fiesta R5 on Saturday’s street stage in Salou. The Welshman rejoined on Sunday but stopped again with a broken clutch after the opening stage.

Al Rajhi, the WRC 2 winner in Sweden, had a solid rally in his Ford Fiesta RRC. It was another good result for the driver who withdrew from the championship over the summer while he recovered from a serious back injury. “I really enjoyed this rally, everything for me is going well and I learned a lot. I’ll be back,” he said.

Robert Barrable finished third in WRC 2 and 15th overall in his Tunnock’s World Rally Team Ford Fiesta R5. The 26-year old dropped out of winning contention on Saturday when a broken driveshaft relegated him to 45th place.

“To finish third, against such strong opposition, is okay, although I’m a bit disappointed with our pace on the second day,” he said. “To have completed all the stages and reached the finish on my first visit to Rally Spain has given me invaluable experience.”

Subhan Aksa was fourth in another Fiesta R5 with Nicolas Fuchs fifth in a Group N Mitsubishi Lancer EVO X.