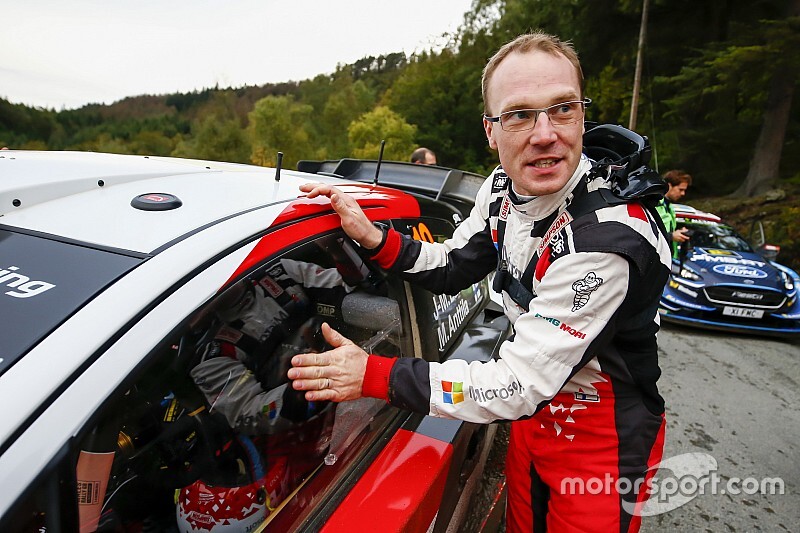 Jari-Matti Latvala could tackle as many as five rounds of the 2020 World Rally Championship in a Toyota Yaris WRC.

Latvala lost his full-season seat in the factory team for next season when Toyota announced Sebastien Ogier, Elfyn Evans and Kalle Rovanpera for 2020.

But Latvala will join with a car running at the same specification in at least Sweden and Finland.

Participation in the two rallies means Latvala will extend his association with Toyota into a fourth year.

"I can confirm those two rallies," Latvala told Motorsport.com. "But I am working to get some sponsorship to add in Sardinia, Portugal, and Rally GB as well.

"If I was to say the dream, that would include New Zealand as well, but that one is too expensive. It's very important for me to keep driving next year.

"This year has been a difficult one, it's been quite a stormy season for me in my private life too, but I see next year more like a pause than stopping.

"I am 34 now, and I still think I have another good couple of years in me."

If Latvala secured a five-round deal it could reignite enthusiasm for Toyota to create a 'B team'.

Latvala could potentially run alongside Toyota protege Takamoto Katsuta, who will start all eight European WRC rounds and Rally Japan.

Sources in Toyota confirmed a second team was under consideration for 2020.

The original idea was for Rovanpera and Katsuta to drive for the second team so the two youngsters could learn out of the spotlight.

Registering and running a second, point-scoring manufacturer team could be beneficial for Toyota's ambitions of a second makes' title in three years.

Latvala said he is ready to help Makinen and Toyota.

"Like I said, I want to drive next year. Maybe it could make sense to join [Katsuta] in a second team and try to score some points," Latvala said.

"I did this already in my career, you remember when I was with Matthew [Wilson] in the Stobbart team and we were battling with Subaru for the third place in 2007."

Chile WRC round cancelled for 2020 due to unrest