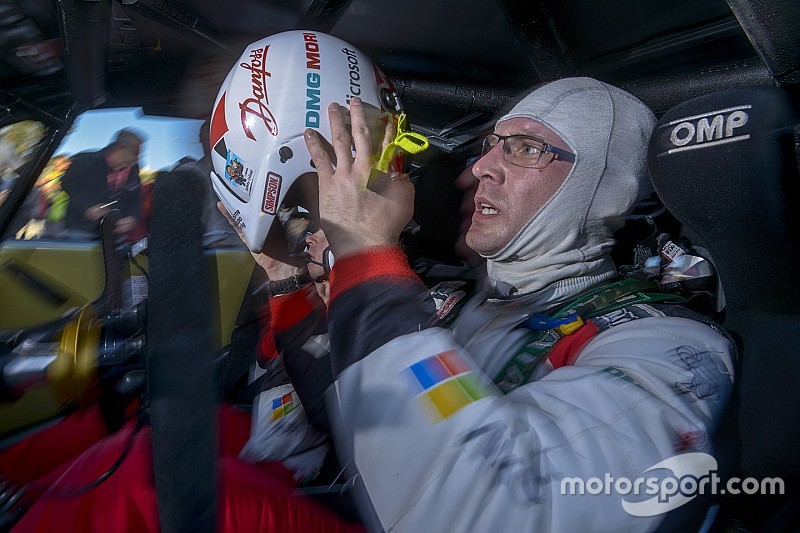 Toyota driver Jari-Matti Latvala had to convince doctors to let him finish the Rally of Portugal after being hospitalised during last weekend's World Rally Championship round.

Latvala reckoned he was becoming ill during the recce, and when he felt dehydrated on Saturday night, he was taken to hospital in Porto, where he remained until 5.30am local time on Sunday morning.

"I took some painkillers and they helped a little bit, but the problem was that I couldn't keep anything in when I was eating," Latvala told Motorsport.com.

"So I had no energy. In the end I went to the hospital at eight o'clock on Saturday night.

"When I got there the doctor told me I could not drive on Sunday. I told him: 'I need to drive, I need those couple of points'.

"In the end we agreed I would drive, but I would go back to the hospital for a check after the finish – so I had to do that."

Latvala, who was in the lead battle early on in Portugal before rolling on Friday afternoon, finished the event in ninth place.

As a result, he has slipped to 40 points behind rally winner Sebastien Ogier in the WRC standings.

"I feel better now, but I just need some sleep," he said after the rally. "The body and mind are so tired after having no sleep.

"I got back to the room for, maybe, one hour before it was time to come to the service park again.

"I made the points, but personally, this was the toughest rally – I never had it like this before."