Rovanpera “could not have been better” on WRC Rally Estonia

Toyota World Rally Championship boss Jari-Matti Latvala believes Kalle Rovanpera “could not have been better” on Saturday at Rally Estonia, as he verges on a history-making maiden WRC win.

Rovanpera ended Saturday in the box seat to become the youngest ever WRC rally winner after a dominant display on Estonia’s fast and flowing gravel stages.

The 20-year-old transformed an overnight 8.5s lead over Hyundai’s Craig Breen into a 50.7s advantage heading into the final day on Sunday. Rovanpera produced one of the drives of the season to blitz the field in the brand new Peipsiaare stage, beating local hero Ott Tanak by 10.7s.

The performance meant the Finn more than doubled his rally lead over Breen in what has been the turning point of the event. From there, Rovanpera produced a series of measured and mature drives to end the day with a commanding lead.

Rovanpera’s display triggered high praise from Latvala, who still holds the WRC youngest-ever winner record from his breakthrough victory on the 2008 Rally Sweden while a 22-year-old factory Ford driver.

“Kalle could not have been better today, it was a 10-out-of-10 day from him,” said Latvala. “To attack on the most difficult stage of the rally this morning and take the advantage that he did was really good. Then he was able to keep up the speed until the afternoon when he could start to back off a bit.

“He has managed it really, really well, and he has a good advantage now which means that he doesn’t need to take any risks.” 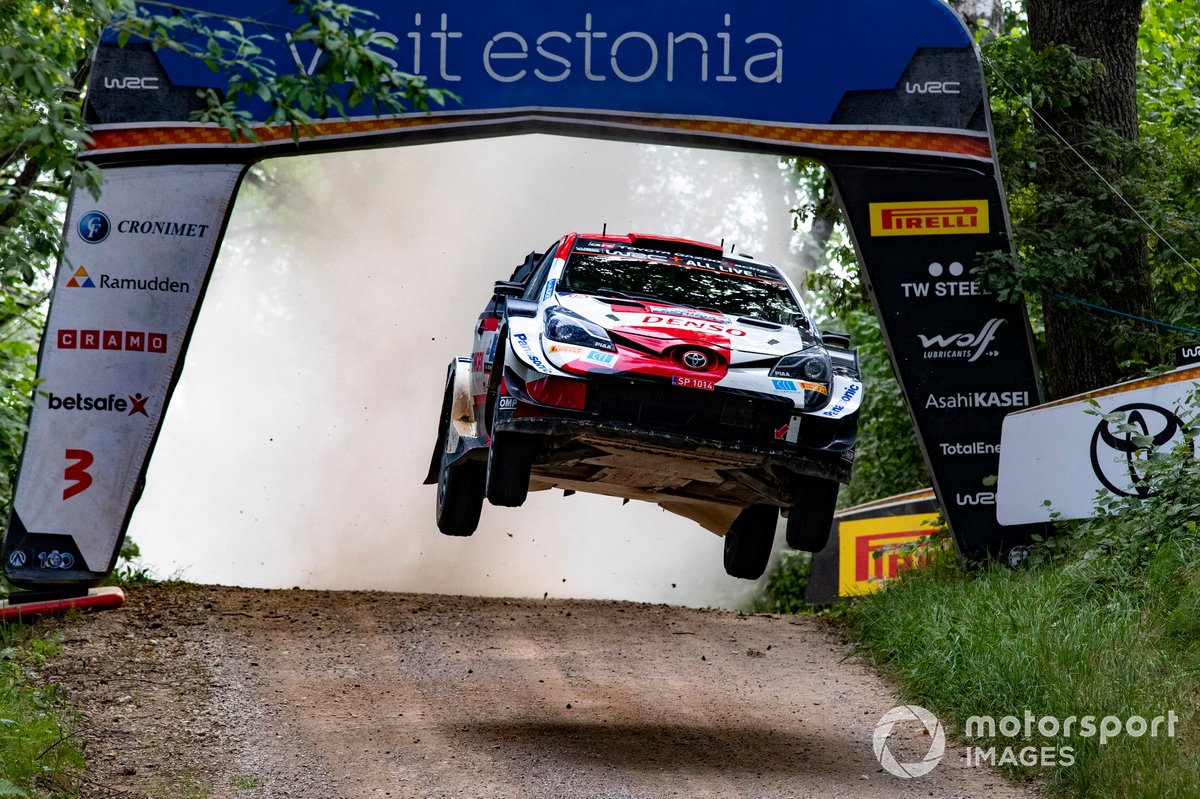 At the time Rovanpera admitted he didn’t think his drive to win the Peipsiaare stage was that special, but upon reflecting on the day he was pleased with his overall performance.

“It’s been a really nice day and it feels good to be in this position,” said Rovanpera. “We know the first stage this morning was the most difficult stage of the rally, a really technical stage with brand new pace notes, and we prepared really well for that knowing that we could make some difference.

“It didn’t feel so good, but it was clean and I was trying to push and the time was really good. After that we could make a gap and then manage it on the second pass, where the conditions were quite rough.

“There were some tricky places with big ruts but we managed it quite well. Tomorrow is going to be a long day still: In this position we need to be focused all the time to not make any mistakes but still have a good rhythm.”

Rally Estonia concludes on Sunday with a further six stages including the Power Stage.

Estonia WRC: Rovanpera extends lead to close in on victory