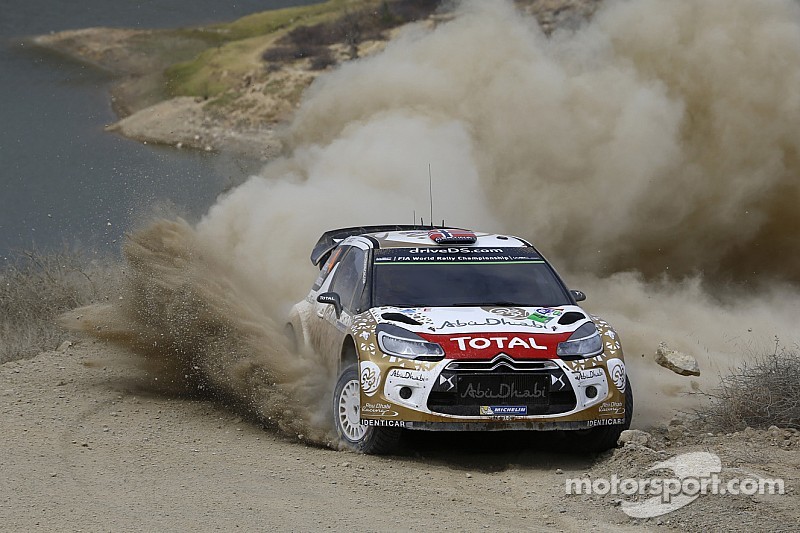 After two short but spectacular stages held on Thursday evening, the drivers were set to tackle tests at over 2,000 metres above sea level this morning.

Despite the cool early morning conditions, Kris Meeke was the first out of the blocks. The Briton set the fastest time on Los Mexicanos 1 before going off on one of the first corners of the 44 kilometre-long El Chocolate 1. Kris and Paul will be rejoining tomorrow under Rally 2 regulations.

Each year, I try to win certain specific stages, ones that I particularly enjoy.

Fifth after yesterday’s short leg, Mads Østberg began the day by losing around ten seconds on SS3 due to a spin. The Norwegian then found the pace with the second-fastest time on the demanding El Chocolate. His fightback took him up to third overall by the end of SS8 before going on to claim a stage win in the heat of the second run on Las Minas (SS9). He ended the leg within thirty seconds of the leader.

In the WRC2, Stéphane Lefebvre took advantage of his first few miles in Mexico to accumulate experience. Seventh overnight, he was unable to contest the first two stages of the day after they were cancelled following Ott Tanak’s dramatic crash. The young Frenchman remained focussed and progressed carefully before losing twelve minutes on El Chocolate 2 after breaking a wheel. He ended the day in ninth place in the category.

Tomorrow’s leg features eight timed stages, contested over a total of 168.81 kilometres. Parc Ferme opens at 8.30am, with service periods in León at 1.56pm and 7.00pm. The running order will be the same as today.

Mads Østberg: “The morning was difficult due to problems changing gears, but we made progress throughout the day thanks to the work of the entire team. During the second loop, the DS 3 WRC was perfect. I had to reacclimatise to the driving style needed for gravel and the conditions of Rally Mexico, but the fastest time SS9 shows that we can be competitive.

Each year, I try to win certain specific stages, ones that I particularly enjoy. Las Minas is one of them. My aim for tomorrow is to make it through the first stage. I have had problems on Ibarilla in the last three years. After that, we’ll need to stay focussed.”

Kris Meeke: “I had adopted a safe rhythm on this morning’s first stage. I was pleased with my pace and the time had been very good. Unfortunately, I made a mistake on SS4. I had too much speed coming into a corner and we went off. It wasn’t a pace note error, I just misjudged the speed at which to taken the bend.”

Stéphane Lefebvre: “With the dramatic events of this morning, we didn’t get to drive very much. But despite the cancelled stages, we were on the pace on the only test we did complete. It was a bit more difficult this afternoon. On the longest test, we hit a rock and broke one of the rear wheels. I thought we were going to have to retire, but we managed to put on the spare and continue. We’re still in the race and that’s the main thing.”

M-Sport achieve the impossible and raise the “Titänak”