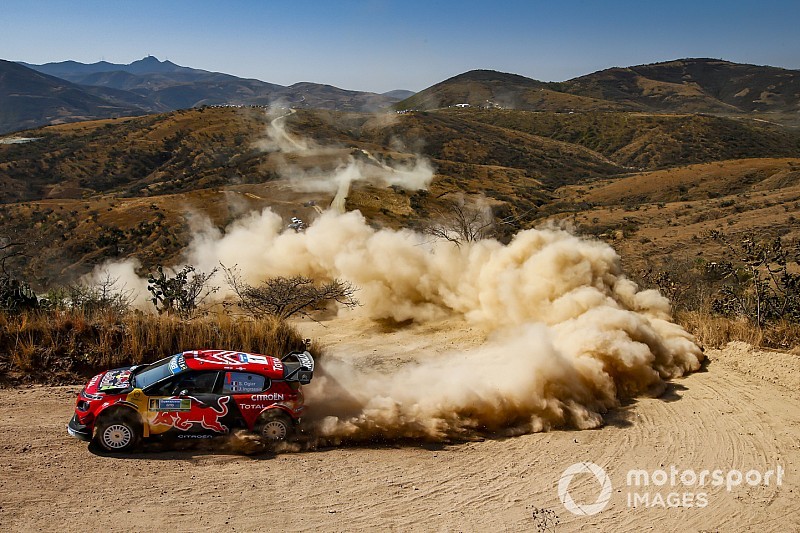 Mikkelsen had briefly stopped his Hyundai i20 around 8.5 miles into the first stage of Friday’s afternoon loop, losing around a minute and a half.

Though he continued on at full speed following his delay, Mikkelsen’s rally came to an end shortly afterwards, pulling up and parking at the side of the road not far from the finish. The cause of his retirement is unknown at present, though a sudden pull to the left accompanied by a loud knocking noise occurred shortly before he pulled over for the second and last time.

M-Sport’s Elfyn Evans has now inherited the final podium spot, 8.5s in arrears to Sordo and 7.1s ahead of fourth placed Kris Meeke.

Esapekka Lappi moved his Citroen C3 into fifth place on El Chocolate, capitalising on a poor run by Jari-Matti Latvala to demote his former Toyota team-mate to sixth.

Latvala was 10.8s off Ogier’s benchmark time but, more crucially, was 4.6s off Lappi’s time, handing Lappi a 1.2s advantage in their duel for postion.

Ott Tanak and Thierry Neuville, the latter of whom sustained a puncture on the morning pass of El Chocolate, continue to prop up the rear of the WRC field in seventh and eighth, 37.6s and 50.8s off rally leader Ogier respectively.

El Chocolate’s morning pass had ended Teemu Suninen’s rally after he hit a stone and crashed out. The severity of damage to Suninen’s Ford Fiesta WRC was so substantial and that M-Sport confirmed that he will not return under Rally2 tomorrow.