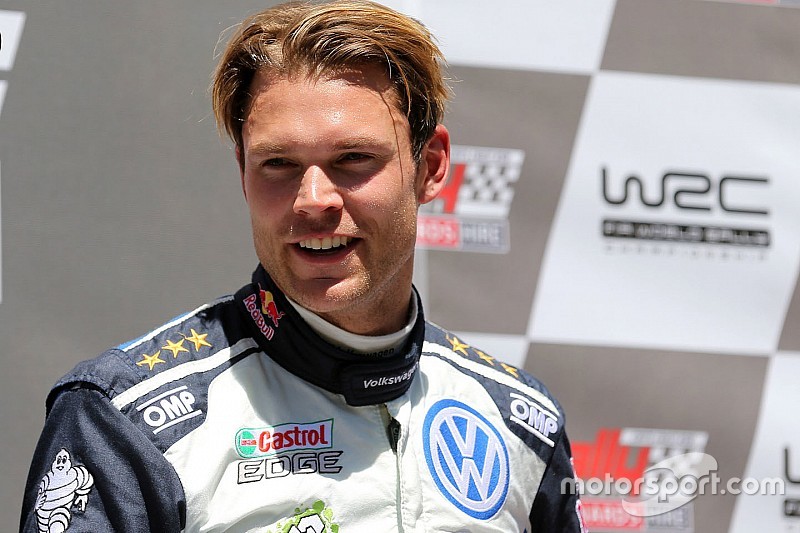 Andreas Mikkelsen has announced he will compete in Rally Monte Carlo in the secondary WRC2 category, driving for his old team Skoda Motorsport.

Mikkelsen, who spent the last four years in WRC with Volkswagen, found himself without without a seat in the championship as the German marque made a late call to end its programme.

Unlike his former teammates Sebastien Ogier and Jari-Matti Latvala, who have joined M-Sport and Toyota respectively, Mikkelsen has been unable to sign with another WRC team so far.

He had been linked with M-Sport Ford, and was rumoured to be in line for a Qatar-funded Volkswagen privateer entry alongside Nasser Al-Attiyah, but the deal appears to have fallen through.

Regardless, Mikkelsen will take part in the season opener in Monte-Carlo - but only in WRC2, with Skoda Motorsport, the team that led the Norwegian to two IRC titles in 2011 and 2012 respectively.

Mikkelsen revealed nothing has been decided regarding the rest of the season, but his ultimate aim is to return to WRC full-time in 2018.

"The consequence of Volkswagen withdrawing from the championship is that all the WRC seats were already taken," said Mikkelsen.

"Therefore, my 2017 season will be all about keeping my rally-overall warm and finding a seat in the right team to be able to fight for the WRC champion title in 2018.

"We don’t know what the upcoming season will bring yet. But of course I hope to get to drive as much as possible and we are working on a plan to do selected rallies."

Mikkelsen's manager Erik Veiby added: "To be here without a seat for Andreas is a little surreal. We are talking about the driver who beat the world champion at the last event in Australia and who has been third in the championship for three years in a row.

"Our goal was for Andreas to take the world champion title in 2017. We still believe that he will be world champion, but now we have to postpone those plans until 2018."

Mikkelsen completed the 2016 season in third place, behind Ogier and Hyundai's Thierry Neuville.