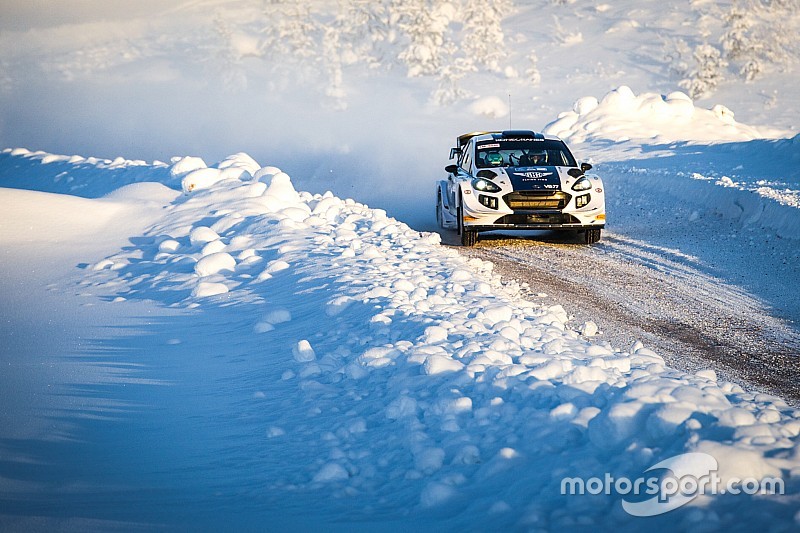 Run by M-Sport engineers and co-driven by two-time WRC champion Timo Rautiainen, Bottas recorded one stage win on his way to fifth overall.

"As you’d expect with a Formula 1 driver, the speed was nothing to worry about for him, but his technique between the trees was really good - he really seemed to enjoy himself," said Millener.

“One of the differences the engineers noticed was in the driving style. He didn’t go to full throttle all the time.

"As soon as these guys in the WRC have the grip they’re full throttle. But in a Formula 1 car you’re constantly looking and searching for grip, so you don’t always go straight to the [throttle] stop.

“He’s done well. For your first ever rally to go to a World Rally Car you’ve never driven before, working with a team you don’t know and a co-driver you don’t know reading notes to your for the first time, fifth is not a bad result in -30C.

"I would hope to see him back in the car, it’s good for the sport and interesting to see this crossover.

"If we had the opportunity, we’d like to bring him to a test in Britain - but his calendar is very, very busy.

“Robert [Kubica] is a very good salesman for the WRC and he’s back in F1 this year so I’m sure we’ll see some interest!”

M-Sport factory driver Teemu Suninen, who followed Bottas's progress around his own Monte Carlo Rally commitments, added: “I would say he did an excellent job.

“He wasn’t the fastest guy, but you cannot expect him to be fastest.

"Before the rally I said I hoped he could do a fastest time and he did it, so he can be very happy. And it’s good he made no mistakes or got stuck in snowbanks.”